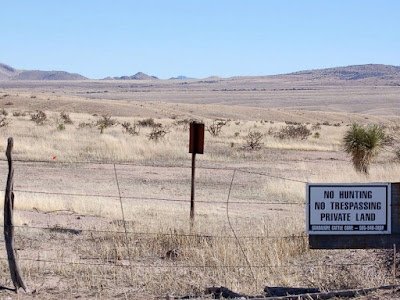 Luke 17:11-19        On the way to Jerusalem Jesus was going through the region between Samaria and Galilee. As he entered a village, ten lepers approached him. Keeping their distance, they called out, saying, "Jesus, Master, have mercy on us!" When he saw them, he said to them, "Go and show yourselves to the priests." And as they went, they were made clean. Then one of them, when he saw that he was healed, turned back, praising God with a loud voice. He prostrated himself at Jesus' feet and thanked him. And he was a Samaritan. Then Jesus asked, "Were not ten made clean? But the other nine, where are they? Was none of them found to return and give praise to God except this foreigner?" Then he said to him, "Get up and go on your way; your faith has made you well.”

Reflection        Today we find ourselves walking with Jesus along the border between Samaria and Galilee. Walking between the land of the Jews and the land of the Gentiles and in his proverbial back pack Jesus carries a message, “God is with and for all people, regardless on which side of the border they live.” For Jesus, people are not identified by their geography, ethnicity, or religion. For Jesus, all people are identified as people of God.

But, then and now borders are troublesome places. They mark the edge of this and that, they are the sites of controversy and  roiling conflict. I suspect this is because when we arrive at our edges, our borders, we rub shoulder to shoulder with people and customs, languages and beliefs different than our own. When confronted with the stranger or the unknown, we feel vulnerable. Not wanting to feel vulnerable we build barriers to protect ourselves. The problem is, no matter how massive the barriers, we still feel vulnerable.

Therein lies the conundrum. For as long as we look around us, identify people as Samaritans or Jews, the in crowd, the out crowd, good or bad, brown or white, us or them, for as long as we insist on discriminating between “us and them” we will always feel vulnerable.  Which brings us to Luke’s text.

Passing through the borderland place of outcasts, Jesus does not ask the lepers, “Are you a Jew or a Gentile?”  He does not try to figure out who has leprosy and who has a minor skin rash. Jesus looks at them (and here I believe “looks” means more than seeing the condition of their skin with his physical eyes), Jesus looks at them and sees their shared humanity. Jesus sees people of God who have been separated from their communities and their God. (It is helpful to remember that, unlike today,  two thousand years ago people did not have personal, private relationships with God. God was present with people in community which means, if you are cast out of your community you are separated from God.)

Following accepted religious practice Jesus sends the lepers to the priests who will examine the disease on their skin and determine whether or not they may be received back into the community. (Lev 13,2-3) But, something more is going on in this parable. As soon as the ten lepers accept Jesus’ instruction to “Go and show (themselves) to the priests,” they are “made clean,” fit to return to their community.  I believe what we are meant to understand here is, as soon as the ten lepers turn toward God and ask for mercy, as soon as they acknowledge their dependence on something more than themselves, they are restored to relationship with their community and God. Nine of the ten lepers run off to the temple to receive the priest’s stamp of approval and return to life as they know it.

But the tenth leper, a Samaritan who was an outsider even before he was cast out for having a skin disease, is transformed by receiving the grace of Jesus’ mercy. Praising God the Samaritan claims his true identity in relationship with God, the relationship that transcends all borders, inside and out.

Today we are invited to ask ourselves,”Like the nine lepers, is it sufficient for us to follow the rules, know our place, get our passports stamped and continue life as we know it? Or, is it time for us to see the people we treat as lepers through Jesus’ merciful eyes? Is it time for us to join Jesus and the Samaritan praising God and proclaiming, “God is with and for all people, regardless on which side of the border they live?”

Email ThisBlogThis!Share to TwitterShare to FacebookShare to Pinterest
Labels: beyond borders. borderlands, humanity, leper, Luke 17:11-19, mercy, other, outcasts, us and them, vulnerable