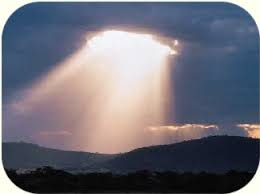 Luke 24.1-12         On the first day of the week, at early dawn, the women who had come with Jesus from Galilee came to the tomb, taking the spices that they had prepared. They found the stone rolled away from the tomb, but when they went in, they did not find the body. While they were perplexed about this, suddenly two men in dazzling clothes stood beside them. The women were terrified and bowed their faces to the ground, but the men said to them, "Why do you look for the living among the dead? He is not here, but has risen. Remember how he told you, while he was still in Galilee, that the Son of Man must be handed over to sinners, and be crucified, and on the third day rise again." Then they remembered his words, and returning from the tomb, they told all this to the eleven and to all the rest. Now it was Mary Magdalene, Joanna, Mary the mother of James, and the other women with them who told this to the apostles. But these words seemed to them an idle tale, and they did not believe them. But Peter got up and ran to the tomb; stooping and looking in, he saw the linen cloths by themselves; then he went home, amazed at what had happened.

You see Mary Magdalene, Joanna, Mary the mother of James and the other women were expecting to participate in the burial rituals of preparation for resurrection. That’s what the preparing of Jesus’ body was all about. According to Jewish custom it was essential to properly prepare a person’s body so that it could begin its long journey toward a far distant resurrection. So yes, the women expected resurrection,  but it was not supposed to happen..... NOW! NOW is the moment of resurrection. NOW is the moment of new life.  Resurrection is not put off for some distant time.

In his book “Befriending Our Desires,” the Jesuit priest Philip Sheldrake, S.J. writes, “Ecstasy is a moment in which some otherwise distant reality is glimpsed as here and now and at one with oneself.” (p 85) Standing at Jesus’ tomb the women experienced an ecstatic moment as Wisdom lit up their darkness.

Wisdom is a kind of knowing that exceeds the rational faculties of the human mind. Wisdom is knowing rooted in encounters with the Divine. Some might even suggest that the Bible is actually a series of descriptions of mystical encounters or altered state experiences associated with the ongoing revelation of Wisdom.

Throughout the 20th century in the US, though we were curious about altered states (both natural and induced), we were skeptical. In the great age of rationalism, we labeled such things as irrational and dismissed them. This attitude set us apart from 74% of the 488 societies the anthropologist Erika Bourguignon studied in 1960s. Her conclusion was, “Societies that do not use these (altered states of consciousness) clearly are historical exceptions which need to be explained, rather than the vast majority of societies that do use these states.” In other words, having and ascribing value to altered state experiences is the norm throughout the world.

The good news is that now, in the 21st century, there is a cultural shift as we acknowledge the limits of rationalism. Astrophysicists admit that their ever growing knowledge of the cosmos accounts for 4% of what is, meaning 96% is literally in the dark - dark matter. Increasingly we are inclined to claim and affirm the value of knowledge or wisdom that exceeds the bounds of rational analysis. Scientists as well as theologians are affirming the Mysterious dimensions of human experience. There is something more than we can measure with our minds.

This is the wisdom Mary Magdalene, Joanna, Mary the mother of James and the other women at Jesus’ tomb experienced two thousand years ago. This is the wisdom we remember that we are the people of God because we walk the women in the way of God, and the wisdom of the light of Christ is born anew within us.  Alleluia Christ is risen!

If you found this post meaningful please share by clicking on icons below. Thank you.
Posted by Debra Asis at 8:39 AM No comments: