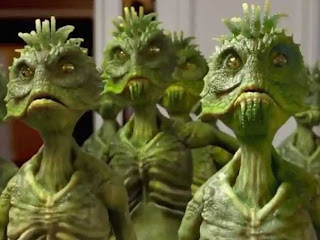 Luke 10:25-37       Just then a lawyer stood up to test Jesus. "Teacher," he said, "what must I do to inherit eternal life?" He said to him, "What is written in the law? What do you read there?" He answered, "You shall love the Lord your God with all your heart, and with all your soul, and with all your strength, and with all your mind; and your neighbor as yourself." And he said to him, "You have given the right answer; do this, and you will live."
But wanting to justify himself, he asked Jesus, "And who is my neighbor?" Jesus replied, "A man was going down from Jerusalem to Jericho, and fell into the hands of robbers, who stripped him, beat him, and went away, leaving him half dead. Now by chance a priest was going down that road; and when he saw him, he passed by on the other side. So likewise a Levite, when he came to the place and saw him, passed by on the other side. But a Samaritan while traveling came near him; and when he saw him, he was moved with pity. He went to him and bandaged his wounds, having poured oil and wine on them. Then he put him on his own animal, brought him to an inn, and took care of him. The next day he took out two denarii, gave them to the innkeeper, and said, `Take care of him; and when I come back, I will repay you whatever more you spend.' Which of these three, do you think, was a neighbor to the man who fell into the hands of the robbers?" He said, "The one who showed him mercy." Jesus said to him, "Go and do likewise."

Reflection      There goes Jesus again, answering the lawyers question with a thickly padded response, a response that seriously stretched the tent of common understanding.  You see the astute and crafty lawyer understood the meaning of the word ‘plēsion,’ neighbor. It’s likely that most Jews understood that ‘neighbor’ referred to anyone who belonged to the Hebrew nation.  In other words, the Jewish lawyer was justified in thinking that ‘neighbor’ referred to people who are ‘like me (him).'

Apparently Jesus had a different understanding. In light of his story about the Samaritan who went significantly out of his way to help a dying foreigner, Jesus understood ‘neigbor’ to be any person with whom we live or even happen to meet regardless of the nation or religion to which they belong. But Jesus was no more interested in playing word games with the lawyer than in having abstract arguments about faith. Jesus was interested in action, action rooted in the love of God.

This is where I am implicated. I like to go to my Greek dictionary and look up ‘plēsion,’ I like to study the word and think about nuances of interpretation and the development of meaning from the Hebrew to the Christian testament. In other words, I like to master the important questions of faith in my head. But as soon as I ally myself with the lawyer in Luke’s text and confess my understanding that a neighbor is a person who “shows God’s mercy,” everyting gets turned around. I am challenged to get out of my head and act. Jesus said it to the lawyer, and me, “Go and do likewise.” Go and show God’s mercy. In so doing, “you will live.”

It is not good enough for us to memorize the words about love of God and neighbor.  We are sent to live them. Understanding the abstract generalities of faith (the law) may be the first step. But understanding is only worthwhile when fulfilled in action. The lawyer asked the question, “Who is my neighbor?” His question points the finger and directs attention toward someone else. Jesus turned the question around and points the finger at us. How are we showing God’s mercy to all people? How are we being neighbors to all God’s people.... right now?
Posted by Debra Asis at 9:24 AM No comments: