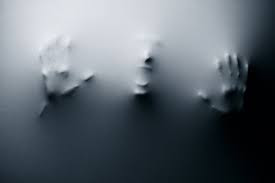 Job 38:1-7, 34-41
The Lord answered Job out of the whirlwind:
"Who is this that darkens counsel by words without knowledge?
Gird up your loins like a man,
I will question you, and you shall declare to me.

"Where were you when I laid the foundation of the earth?
Tell me, if you have understanding.
Who determined its measurements—surely you know!
Or who stretched the line upon it?
On what were its bases sunk,
or who laid its cornerstone
when the morning stars sang together
and all the heavenly beings shouted for joy?

“Can you lift up your voice to the clouds,
so that a flood of waters may cover you?
Can you send forth lightnings, so that they may go
and say to you, ‘Here we are’?
Who has put wisdom in the inward parts,
or given understanding to the mind?
Who has the wisdom to number the clouds?
Or who can tilt the waterskins of the heavens,
when the dust runs into a mass
and the clods cling together?

“Can you hunt the prey for the lion,
or satisfy the appetite of the young lions,
when they crouch in their dens,
or lie in wait in their covert?
Who provides for the raven its prey,
when its young ones cry to God,
and wander about for lack of food?”

In answer to these questions I hear the voice of Elie Wiesel, the Jewish writer, professor, Nobel Laureate and Holocaust survivor, whose book, “Night,” recounts his experience as a prisoner in Auschwitz and Buchenwald and his struggle to come to terms with the horrors of the death camps. When receiving the Nobel Peace Prize in 1986 Weisel said, “It seemed as impossible to conceive of Auschwitz with God as to conceive of Auschwitz without God.”  He continued, “I swore never to be silent whenever and wherever human beings endure suffering and humiliation. We must always take sides. Neutrality helps the oppressor, never the victim. Silence encourages the tormentor, never the tormented.” We must never stop calling out for God.

This week a parishioner sent me the link to a NYTimes opinion piece titled, “It’s Getting Harder to Talk About God.”* *https://nyti.ms/2QQF5yl The writer, Jonathan Merritt asks, “How do we speak about God in times like these when God is hard to spot?” To address his query Merritt turns to a survey of one thousand American adults, more than three fourths of whom report they do not often have spiritual or religious conversations, and that includes self identified Christians. Merritt, a preacher’s kid and part-time minister describes his own experience, “conversations stall out the moment the subject turns spiritual.”   In his book, “Learning to Speak God from Scratch”  Merritt avers that words connoting moral virtues such as love, patience, gentleness, faithfulness, kindness and thankfulness “are falling out of use” by as much as 56% since the early 20th century. The question echoes, “Where is God in this?”

Here is the thing, what matters is not that we can speak fluently about God - after all, what can we rightly say? What matters is that we never stop speaking for God. Dear people of God, I believe what really matters is that we join Elie Weisel and refuse “to be silent whenever and wherever human beings endure suffering and humiliation.” Like Job, we must never stop calling out for God and then pause, listen for God’s presence in the midst of our whirlwinds.

Posted by Debra Asis at 5:14 PM No comments: