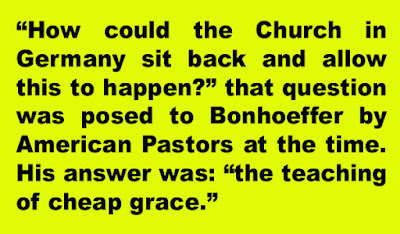 Luke 13:31-35        Some Pharisees came and said to Jesus, "Get away from here, for Herod wants to kill you." He said to them, "Go and tell that fox for me, 'Listen, I am casting out demons and performing cures today and tomorrow, and on the third day I finish my work. Yet today, tomorrow, and the next day I must be on my way, because it is impossible for a prophet to be killed outside of Jerusalem.' Jerusalem, Jerusalem, the city that kills the prophets and stones those who are sent to it! How often have I desired to gather your children together as a hen gathers her brood under her wings, and you were not willing! See, your house is left to you. And I tell you, you will not see me until the time comes when you say, 'Blessed is the one who comes in the name of the Lord.’"

Reflection         There is a lot going on in this text, in fact, the verb “to go” is what captures my imagination. The Pharisees’ warning to Jesus to “Get away…” can also be translated “Go away.” Immediately Jesus responds telling the Pharisees to go to Herod and that he must go and finish his work during the next three days on his way to Jerusalem. The irony is, Jesus tells the Pharisees that he has to go to Jerusalem to be killed in response to their warning to go away to avoid being killed.

It is also worth wondering, what turned the Pharisees around? All along the way the Pharisees have gone out of their way to challenge and entrap Jesus. Now, they are going out of their way to warn him that Herod wants to kill him? Why the sudden change of heart and tactic? Frankly, we have no idea what the Pharisees were thinking. Some commentators suggest their motives were genuine. Others suggest that even though the religiously conservative Pharisees secured their lives by working as arms of the state, interpreting Jewish law and maintaining order among the Jewish people, some of them described Herod the Great as "a madman who murdered his own family and a great many rabbis, the evil genius of the Judean nation.”*  At the end of the day, Pharisees were Jews, not Romans. Their God was the God of Israel, not Herod.

Apparently some of the Pharisees put their lives on the line when they warned Jesus to “Go away…” They chose to turn away from their comfortable alliance with the occupying Roman officials that insured their protected status in favor of turning toward the God of Israel. Turning toward God, following the way of Jesus, is costly. In fact, it costs everything. As the German Theologian Dietrich Bonhoeffer put it, grace is not cheap.

Grace requires more than being a law abiding citizen. Grace requires more than being socially and politically correct. Grace requires we go, pick up our cross and follow Jesus to Jerusalem, “the city that kills the prophets and stones those who are sent to it.” It means dying to our old way of bartering for safety, security, esteem, power and control in exchange for obedience to secular authority.  Grace means being born again as people who put flesh on the bones of our faith by standing up for the dignity of all people. Grace invites us to risk everything, to put our safety, security, esteem, power and control on the line in order to go, to follow the way of Jesus and live according to a higher standard of dignity for all people. It seems, some of the Pharisees acted on this.

If you found this post meaningful, please share by clicking on icons below. Thank You.
Posted by Debra Asis at 7:22 AM No comments: