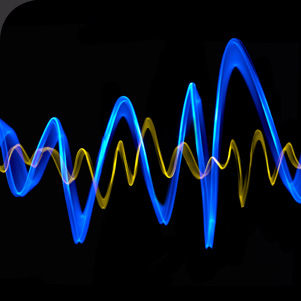 Luke 5:1-11         Once while Jesus was standing beside the lake of Gennesaret, and the crowd was pressing in on him to hear the word of God, 2he saw two boats there at the shore of the lake; the fishermen had gone out of them and were washing their nets. 3He got into one of the boats, the one belonging to Simon, and asked him to put out a little way from the shore. Then he sat down and taught the crowds from the boat. 4When he had finished speaking, he said to Simon, ‘Put out into the deep water and let down your nets for a catch.’ 5Simon answered, ‘Master, we have worked all night long but have caught nothing. Yet if you say so, I will let down the nets.’ 6When they had done this, they caught so many fish that their nets were beginning to break. 7So they signalled to their partners in the other boat to come and help them. And they came and filled both boats, so that they began to sink. 8But when Simon Peter saw it, he fell down at Jesus’ knees, saying, ‘Go away from me, Lord, for I am a sinful man!’ 9For he and all who were with him were amazed at the catch of fish that they had taken; 10and so also were James and John, sons of Zebedee, who were partners with Simon. Then Jesus said to Simon, ‘Do not be afraid; from now on you will be catching people.’ 11When they had brought their boats to shore, they left everything and followed him.

Reflection     How did that work? The crowd is pressing in on Jesus “to hear the word of God.” Jesus responds by getting in a boat and pullling away from the shore where the people are left standing? When I get caught up in the logistics of that moment and imagine myself standing in the midst of the crowd, warm bodies and rough clothes pressing in on me, I wonder if I could even hear Jesus’ voice? I wonder if I could “hear the word of God?” The thing is, as long as I am preoccuppied with the mechanics of acoustics there is very little chance I will “hear the word of God.”

This story must be about that other kind of hearing, the kind that “catches” the word, or in the idiom of this story, the kind of hearing that “catches the fish.”  With the first kind of hearing we are taught, we hear the words of a lesson or sermon but nothing really changes unless we do precisely what Jesus instructed Simon to do, “put into the deeper water”...(wait) for a catch.

Posted by Debra Asis at 1:39 PM No comments: