Gospel text for The Celebration of the Epiphany, 4 January 2015 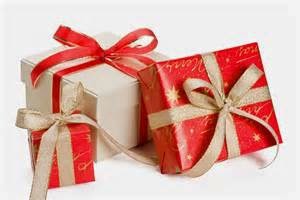 Matthew 2:1-12          In the time of King Herod, after Jesus was born in Bethlehem of Judea, wise men from the East came to Jerusalem, asking, "Where is the child who has been born king of the Jews? For we observed his star at its rising, and have come to pay him homage." When King Herod heard this, he was frightened, and all Jerusalem with him; and calling together all the chief priests and scribes of the people, he inquired of them where the Messiah was to be born. They told him, "In Bethlehem of Judea; for so it has been written by the prophet: `And you, Bethlehem, in the land of Judah, are by no means least among the rulers of Judah; for from you shall come a ruler who is to shepherd my people Israel.'"
Then Herod secretly called for the wise men and learned from them the exact time when the star had appeared. Then he sent them to Bethlehem, saying, "Go and search diligently for the child; and when you have found him, bring me word so that I may also go and pay him homage." When they had heard the king, they set out; and there, ahead of them, went the star that they had seen at its rising, until it stopped over the place where the child was. When they saw that the star had stopped, they were overwhelmed with joy. On entering the house, they saw the child with Mary his mother; and they knelt down and paid him homage. Then, opening their treasure chests, they offered him gifts of gold, frankincense, and myrrh. And having been warned in a dream not to return to Herod, they left for their own country by another road.
Reflection       Gifts are more than a material exchange, more than a commercial transaction. Gifts are signs of spiritual, holy, sacred, nonmaterial connection. Gifts are about the unseen though palpable relationship between the giver and the receiver. I believe that is why the wise men traveled far to pay their respect and offer gifts of great value to the newborn peasant Jesus. The wise men had eyes to see beyond the meagre external circumstance of an infant. The wise men had eyes to see Divinity hidden within.
Five Chrtistmasses ago I received an especially meaningful gift. It was the last gift under the tree at my daughter Leela’s home. She looked into my eyes as she handed it to me. I tore through the wrapping paper until my breath caught in my throat. In my hands, captured in time by a simple snapshot, was my  mother and me. In the picture my back was to the camera because I was facing my mother. Her head was tossed back, eyes twinkling, mouth open issuing great guffaws of laughter.
Four months earlier my mother died. I had never seen this photograph, but Leela did. She chose it for me with her sense and sensibility of the mother daughter relationship. She knew me and she loved me.  When she offered me this gift the goodness within her flowed to me and touched the emptly place left in my mother’s wake.
Perhaps you recall a time you received a gift that was especially meaningful to you? I would venture to guess it was not its material value that gave it meaning. Rather is was about the relationship of which it was a sign.
Gifts are about spiritual connection, about the recognition of something more within ourselves and within the person to whom the gift if given. A wisely chosen gift   distinguishes the presence of something good and pure in us and the other person. A wisely chosen gift reveals our insight, our capacity to see beyond external appearances and discern the presence of something hidden, something Divine in the other person.
This is the meaning of Epiphany; the celebration of the revelation of Divinity, God, as a human being in Jesus Christ. And so we offer our gifts to God as a sign of our love, a sign of what cannot be seen within us. We offer our gifts so that the goodness within us us will flow to acknoweldge Divinity hidden in all of humanity.


If you found this post to be meaninful please share with friends by clicking on the icons below. Thank you.