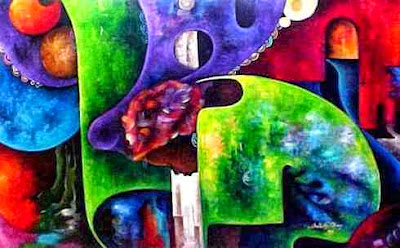 Luke 18:9-14
Jesus told this parable to some who trusted in themselves that they were righteous and regarded others with contempt: "Two men went up to the temple to pray, one a Pharisee and the other a tax collector. The Pharisee, standing by himself, was praying thus, `God, I thank you that I am not like other people: thieves, rogues, adulterers, or even like this tax collector. I fast twice a week; I give a tenth of all my income.' But the tax collector, standing far off, would not even look up to heaven, but was beating his breast and saying, `God, be merciful to me, a sinner!' I tell you, this man went down to his home justified rather than the other; for all who exalt themselves will be humbled, but all who humble themselves will be exalted."
Reflection      It is interesting that both the Pharisee and the tax collector stood before God and prayed about themselves. But the similarity between them ends there. The Pharisee issued a self-aggrandizing monologue, trumpeting his adherance to a series of laws, essentially grand-standing himself before God. In contrast, the tax collector stood to the side not even daring to lift his eyes to heaven, took responsibility for his blameworthy behavior and asked for God’s mercy. The contrast could not be more distinctive and Jesus’ opinion is crystal clear.
Living a righteous life, which is to say, living a life in relationship with God, self and others, means putting our trust in God rather than in ourselves. The behaviors of the Pharisee and the tax collector shine a spotlight on the gap between being self-righteous and finding righteousness in God.
Still we may well wonder, what’s wrong with thinking well of ourselves? Is it not important to have a sense of self worth? Of course it is appropriate to love ourselves, indeed it is one of God’s commandments, “Love your neighbors as yourself.” And therein lies the caveat. Remember how the Pharisee began his conversation with God? “I thank you that I am not like other people....” Other people, The Pharisee holds other people in contempt as a way of elevating his own status. The result of his attitude is severing relationships with himself, others and God.
Where the Pharisee lists his virtues and exalts himself the tax collector confesses his imperfect human condition and lays himself bare before God, asking for mercy. Humility is his stance and it is what Jesus applauds. Jesus is telllng a story about two men who are praying and only one of them assumes the proper posture in relationship with God. In the words of C. S. Lewis,  “ Humility is not thinking less of yourself, it is thinking of yourself less.” A simple take away from this lession might be, “God is great, we are not.”
If you found this message meaningful please share it with your friends by clicking on the icons below.
Posted by Debra Asis at 6:27 AM 1 comment: