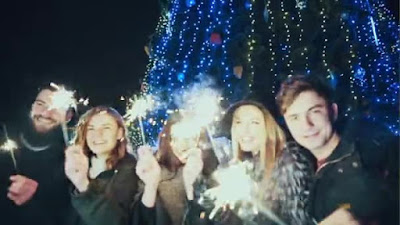 Luke 9:28-36     Jesus took with him Peter and John and James, and went up on the mountain to pray. And while he was praying, the appearance of his face changed, and his clothes became dazzling white. Suddenly they saw two men, Moses and Elijah, talking to him. They appeared in glory and were speaking of his departure, which he was about to accomplish at Jerusalem. Now Peter and his companions were weighed down with sleep; but since they had stayed awake, they saw his glory and the two men who stood with him. Just as they were leaving him, Peter said to Jesus, "Master, it is good for us to be here; let us make three dwellings, one for you, one for Moses, and one for Elijah"--not knowing what he said. While he was saying this, a cloud came and overshadowed them; and they were terrified as they entered the cloud. Then from the cloud came a voice that said, "This is my Son, my Chosen; listen to him!" When the voice had spoken, Jesus was found alone. And they kept silent and in those days told no one any of the things they had seen.

Reflection       Speaking of transfiguration, the most compelling voice I have heard of late is that of Bruce Sanguin in his book If Darwin Prayed. The Canadian United Church Minister and evolutionary theologian writes, “All that we see around us, including our bodies and minds, are transfigurations of the originating Fireball. The entire universe is an ongoing transfiguration of the light and heat of the big bang 13.7 billion years ago. On the mountaintop, then, we can think of Jesus being bathed in uncreated light as the spiritual dimension of an evolutionary transfiguration that never ends.” (p 37) Sanguin then offers a poem/prayer for our reflection.

O Shining One,
you are the flame burning within,
the beacon on the horizon,
the radiance in all creation,
the bright idea apprehending us,
the sparkling in the eyes of our loved ones,
the uncreated light that is lighting all.

Transfigure us, this very day,
as we open into the radiance of the Christ
in each other, in song, in word, and witness.
May this be the day of our enlightenment,
when we see with clarity
the sacred life we are called to manifest.

Remake us
as sacraments of the Holy,
that we might embrace our calling;
to see with new eyes,
reach out with gentle hands,
imagine with transformed minds,
be still with hallowed presence,
and be filled with grateful prayers.
In the name of the Transfigured One we pray.
Amen.  (p 39)
Transfiguration is not a singular spectacular event that occurred two thousand years ago on a mountaintop with Jesus and his friends. Transfiguration is the revelation of who and how we all are meant to be. So let us bring enlightenment down from the mountaintop and embody it in the ‘plains’ of our lives.

Get your own copy of If Darwin Prayed