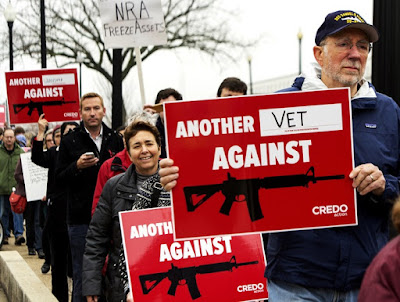 Luke 8:26-39      Jesus and his disciples arrived at the country of the Gerasenes, which is opposite Galilee. As he stepped out on land, a man of the city who had demons met him. For a long time he had worn no clothes, and he did not live in a house but in the tombs. When he saw Jesus, he fell down before him and shouted at the top of his voice, "What have you to do with me, Jesus, Son of the Most High God? I beg you, do not torment me" -- for Jesus had commanded the unclean spirit to come out of the man. (For many times it had seized him; he was kept under guard and bound with chains and shackles, but he would break the bonds and be driven by the demon into the wilds.) Jesus then asked him, "What is your name?" He said, "Legion"; for many demons had entered him. They begged him not to order them to go back into the abyss.

Now there on the hillside a large herd of swine was feeding; and the demons begged Jesus to let them enter these. So he gave them permission. Then the demons came out of the man and entered the swine, and the herd rushed down the steep bank into the lake and was drowned.
When the swineherds saw what had happened, they ran off and told it in the city and in the country.

Then people came out to see what had happened, and when they came to Jesus, they found the man from whom the demons had gone sitting at the feet of Jesus, clothed and in his right mind. And they were afraid. Those who had seen it told them how the one who had been possessed by demons had been healed. Then all the people of the surrounding country of the Gerasenes asked Jesus to leave them; for they were seized with great fear. So he got into the boat and returned. The man from whom the demons had gone begged that he might be with him; but Jesus sent him away, saying, "Return to your home, and declare how much God has done for you." So he went away, proclaiming throughout the city how much Jesus had done for him.

Reflection        When have we encountered people whom we might describe as “demon possessed?” In the intimidation spewed by bullies? in in scare-tactics of the self-serving?  the insolence of the arrogant?  in the heinous acts of the desperate? It is easy to be caught up in the blustery theatrics of these “unclean spirits,” easy to be swept away in a tide of emotion then paralyzed by fear. It is easy to decide to hide rather than confront the ill-willed histrionics.

I believe it would have been easy for Jesus to remain in Galilee, stay close to the Synagogue, continue his teaching and eating with sinners and steer clear of demon possessed territories. But he did not because “The Way” of Jesus is the way of bringing the Spirit of God to bear on the people possessed by the unclean spirit of ill-will and distorted relationships. When Jesus crosses over to the other side to “arrive at the country of the Geresenes” he leaves the safe sanctuary of institutional Jewish religion to engage full on with who or what ever opposes the Spirit of God not because it is easy or comfortable, but because his (and therefore our) mission is to intervene wherever the demonic spirit of ill-will acts out to distort relationships, subvert goodness, take advantage of the innocent or execute the stranger.

As people of The Way of Jesus I believe it is incumbent upon us to do more that worship God in our churches and do our well intended acts of charity. It is time for us to leave our safe church havens and identify the demon possessed. It is time for us to put our faith in the Spirit of God with us and refuse to be intimidated by bullies, refuse to capitulate to would be oppressors, call out the scare-tactics of the self-serving,  descry the incivility of the arrogant.

Reflecting on the relatively meagre response of Episcopal Church leaders to the Orlando tragedy and its underlying issues, in his weekly E-pistle Bishop Kirk Smith wondered if it is time for us to get out of Galilee and take action.” It got me to thinking, what if religious leaders reinstated the “Pax Dei.” What if we said, “Violence, and the means to violence (such as automatic weapons), are forbidden to believers.” What if we made it a policy, “It's your choice, AR-15s or Holy Communion?” What if we banned all guns from church buildings (a few of our Arizona congregations have done so)? What if we bishops wore our clerical collars and had a sit down in the entrance to the NRA headquarters? Maybe by taking such actions, instead of just praying for peace, people would begin to see their church leaders as the conscience of society instead of just chaplains to those in control. Maybe the American public would listen more carefully to what spiritual leaders, and not just entertainers, have to say.”

What if we lived as people of The Way of Jesus, full of faith, and refusing to capitulate to demonic histrionics? What if ….?

If you found this post meaningful please share by clicking on icons below. Thank you.
Posted by Debra Asis at 9:12 AM No comments: