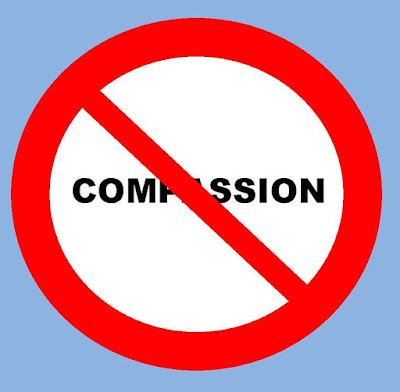 Luke 9:51-62        When the days drew near for Jesus to be taken up, he set his face to go to Jerusalem. And he sent messengers ahead of him. On their way they entered a village of the Samaritans to make ready for him; but they did not receive him, because his face was set toward Jerusalem. When his disciples James and John saw it, they said, "Lord, do you want us to command fire to come down from heaven and consume them?" But he turned and rebuked them. Then they went on to another village.

Reflection       Two thousand years ago and today the cost of discipleship means putting Jesus  front and center of our lives, truly living in imitation of Jesus. This is down right daunting. No wonder we construe endless lists of things to do, distractions, diversions, anything but discipleship. This is why we say to Jesus, “Not right now. First I must say “farewell to those at home… bury my dead relative.”  Discipleship is costly.

Several weeks ago I told  the story of taking my grandson Alec to the Federal Court trial of Dr. Scott Warren. Warren is a member of the nonprofit group No More Deaths that provides water, food and shelter intending to prevent migrants who are crossing Arizona’s  Sonoran desert from dying. In January of 2018 Warren was arrested for offering water, food and shelter to two unauthorized migrants.

Warren was arrested for doing what he says his “conscience demands of him,” providing humanitarian aid to people who are suffering. In so doing Warren faces three felony charges that could land him in prison for up to twenty years. Faith leaders, atheists and agnostics gathered, a chorus of voices calling this situation, “Compassion on Trial.” On June 11th a hung jury failed to convict him. A hearing on July 2nd will determine whether or not Warren’s case will continue in Federal court.  The questions eleven year old Alec raised with me continue to be relevant, “Can we be punished for helping someone? Can we go to prison for doing what we believe is right?” The disconcerting answer is, “Yes. Discipleship is costly.”

Jesus’ message that the kingdom of God is greater than the political empire is not well received, not in his time, not now. The demoralizing aftermath of Jesus’ ministry to the sick, the scorned, the suffering is not resounding affirmation that compassion is a high order humanitarian value. Quite the contrary. Jesus is charged with treason, his compassion is criminalized and he is brutally murdered as a common criminal.

This establishes a precedent for condemning compassion. But here is the thing. Criminalizing Jesus backfires on the Romans.  Instead of being a quickly forgotten criminal, for the next two thousand years Jesus’ status is  elevated to that of martyr, son of God. His message that the kingdom of God is here, now, with and for all people has taken root in the evolution of human consciousness, raising us human beings up from creaturely brutality to claim our divinely inspired humanity.

We, the self proclaimed followers of Jesus, are not meant to “command fire to come down from heaven and consume…” people who do not think, feel, look like or act as we wish that they would. We are meant to put Jesus at the center of our lives. We are meant to live in imitation of Jesus which means, proclaiming with our words and actions that the kingdom of God is here, now, with and for all people.  We are meant to be defenders of God’s care and compassion for everyone, even when it means coming out of hiding, putting aside our endless ‘to do’ lists, standing up for what we believe is right and “facing the time of trial.”

The cost of discipleship is great but the cost of failing to act on our values is even greater.  If we allow compassion to be criminalized  we will destroy ourselves from the inside out. The kingdom of God is right here, right now and it depends on us to deliver God’s care and compassion to everyone.