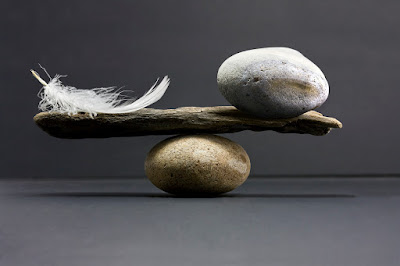 Luke 17:11-19        On the way to Jerusalem Jesus was going through the region between Samaria and Galilee. As he entered a village, ten lepers approached him. Keeping their distance, they called out, saying, "Jesus, Master, have mercy on us!" When he saw them, he said to them, "Go and show yourselves to the priests." And as they went, they were made clean. Then one of them, when he saw that he was healed, turned back, praising God with a loud voice. He prostrated himself at Jesus' feet and thanked him. And he was a Samaritan. Then Jesus asked, "Were not ten made clean? But the other nine, where are they? Was none of them found to return and give praise to God except this foreigner?" Then he said to him, "Get up and go on your way; your faith has made you well.”

Reflection          What was between the regions of Galilee and Samaria?  There was no geographical “place” between and the people of both regions were descendants of Ancient Israel but, in Jesus day the religious leaders of each region claimed their version of Judaism was exclusively pure and true. The Samaritans argued that the most holy place to worship God was Mt. Gerazim, the Galileans insisted it was Jerusalem.  Leaders in both regions instructed their followers to stay out of the others’ territory, to have absolutely no contact, not to trade or even speak to one another.

It seems the proverbial  realm “between” the rival regions of Galilee and Samaria was a gap in understanding that kept the long time rivals a safe distance apart as well as being an intangible region within which people were invited to new possibilities. We may even think of this “region between”  as a  middle way, or via media wherein people are free to imagine the possibility of there being more than one way to be, to believe and to belong.

Is that not what Jesus is doing two thousand years ago? Walking the middle of the road between opposing truth claims? Daring to stand in the gap between peoples who for six hundred years polished the arguments for their antagonism? Jesus checks no ones ID to see if they belong or should be deported. Jesus asks no one to pledge allegiance to a party or to propositions of faith. Instead Jesus lives in the messiness of real human lives.  He knows that the Kingdom of God is colored with ten thousand shades of gray and very little black and white.

It is in the middle of this inherited Jewish schism that Jesus, the Jew from Galilee, walks and offers a third possible way. Turning to the gospel according to Matthew we hear Jesus’ surprising possibility, the possibility of worshipping God in a place much closer to home than either Mount Gerizim or Jerusalem.  "And when you pray, you must not be like the hypocrites; for they love to stand and pray in the synagogues and at the street corners, that they may be seen by men. Truly, I say to you, they have received their reward. But when you pray, go into your room and shut the door and pray to your Father who is in secret; and your Father who is seen in secret will reward you.” (Matt 6.5-6)

At this point it is important to pause and note, Jesus did not intend to establish a new religion. I believe Jesus  came to say, “People, open the eyes of your hearts. Can you not see that we are all one people? … all one people of the One True God? Are we willing to allow the invasion of a foreign king and his troops to tare us apart, to drive us to fear and to loathe one another? We do not have to go to either Jerusalem or Mount Gerizim to worship God.  All we have to do is remember who and whose we really are.”

If you found this post meaningful please share by clicking on icons below. Thank you.
Posted by Debra Asis at 10:06 AM No comments: