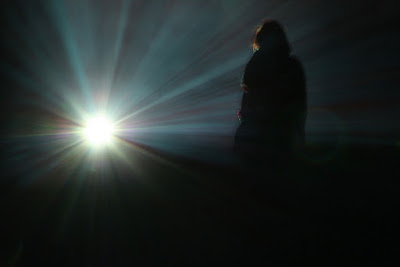 Luke 2:1-20        In those days a decree went out from Emperor Augustus that all the world should be registered. This was the first registration and was taken while Quirinius was governor of Syria. All went to their own towns to be registered. Joseph also went from the town of Nazareth in Galilee to Judea, to the city of David called Bethlehem, because he was descended from the house and family of David. He went to be registered with Mary, to whom he was engaged and who was expecting a child. While they were there, the time came for her to deliver her child. And she gave birth to her firstborn son and wrapped him in bands of cloth, and laid him in a manger, because there was no place for them in the inn.

In that region there were shepherds living in the fields, keeping watch over their flock by night. Then an angel of the Lord stood before them, and the glory of the Lord shone around them, and they were terrified. But the angel said to them, "Do not be afraid; for see-- I am bringing you good news of great joy for all the people: to you is born this day in the city of David a Savior, who is the Messiah, the Lord. This will be a sign for you: you will find a child wrapped in bands of cloth and lying in a manger." And suddenly there was with the angel a multitude of the heavenly host, praising God and saying,
"Glory to God in the highest heaven,
and on earth peace among those whom he favors!"

When the angels had left them and gone into heaven, the shepherds said to one another, "Let us go now to Bethlehem and see this thing that has taken place, which the Lord has made known to us." So they went with haste and found Mary and Joseph, and the child lying in the manger. When they saw this, they made known what had been told them about this child; and all who heard it were amazed at what the shepherds told them. But Mary treasured all these words and pondered them in her heart. The shepherds returned, glorifying and praising God for all they had heard and seen, as it had been told them.

Reflection      Something happens to us at Christmas when we set aside our need to know and make sense of the facts. “Why did Augustus decree that all should register? Was it to pay taxes? What was the tax rate? Was Jesus actually born on December 25th? Was there an astrophysical event that the shepherds saw? Was it a rocket delivering satellites? Were shepherds living on the fields at that time of year? Seems unlikely.”

The prospect of God being born and present might not have seemed like good news of great joy to the shepherds. Remember, until this moment the shepherds and all of humanity understand God to be distant, remote, demanding, almighty and most definitely unapproachable. Perhaps this is why the new story of God born, a naked infant wrapped in rags and lying in a feeding trough, continues to reign throughout the centuries. A newborn child is anything but terrifying and intimidating. God born and revealed in humanity as a newborn child offers an unlikely and utterly approachable image of God.

Jesus is born, like a singular star, breaking new ground on the landscape of human consciousness. But it is not enough to proclaim the birth of God in humankind, to light our candles and sing joy to the world then set the moment aside for another year. The light of the star, God born and revealed in humankind, must be recognized and treasured in our hearts and then reflected in our lives.

Each one of us is like a new star coming to light in the empyrean. With each of us is born the prospect of consciousness, the possibility of new light added to transform the night sky into daylight, to transform senseless neglect and  disregard into sense and sensibility, to be the light of hope given for all humanity. At Christmas Eve we celebrate the birth of Jesus, the new light of hope for all. For the next three hundred and sixty four days it is up to us to reflect that light in our lives.