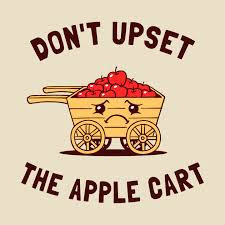 Ephesians 6:10-20        Be strong in the Lord and in the strength of his power. Put on the whole armor of God, so that you may be able to stand against the wiles of the devil. For our struggle is not against enemies of blood and flesh, but against the rulers, against the authorities, against the cosmic powers of this present darkness, against the spiritual forces of evil in the heavenly places. Therefore take up the whole armor of God, so that you may be able to withstand on that evil day, and having done everything, to stand firm. Stand therefore, and fasten the belt of truth around your waist, and put on the breastplate of righteousness. As shoes for your feet put on whatever will make you ready to proclaim the gospel of peace. With all of these, take the shield of faith, with which you will be able to quench all the flaming arrows of the evil one. Take the helmet of salvation, and the sword of the Spirit, which is the word of God.

Pray in the Spirit at all times in every prayer and supplication. To that end keep alert and always persevere in supplication for all the saints. Pray also for me, so that when I speak, a message may be given to me to make known with boldness the mystery of the gospel, for which I am an ambassador in chains. Pray that I may declare it boldly, as I must speak.

Reflection      In the spring of 1963 following much nonproductive discourse, civil and otherwise, the Southern Christian Leadership Conference organized one of the most influential campaigns of the Civil Rights Movement, the Birmingham Campaign. It involved a series of lunch counter sit-ins, marches on City Hall and boycotts on downtown merchants to protest segregation laws in the city of Birmingham. These peaceful demonstrations were responded to by violent attacks involving fire hoses and police dogs. Ultimately President John F. Kennedy wrote,  "The events in Birmingham... have so increased the cries for equality that no city or state or legislative body can prudently choose to ignore them." This was a turning point in the Civil Rights Movement and there is no question, embodying this new reality required engaging in more than polite conversation. It required courage, persistence and peaceful action.

Writing from his cell in the Birmingham jail The Rev. Dr. Martin Luther King, Jr. observed, “I have almost reached the regrettable conclusion that the Negro’s great stumbling block in his stride toward freedom is not the White Citizen’s Counciler or the Ku Klux Klanner, but the white moderate, who is more devoted to ‘order’ than to justice.”

I believe this is our culture’s great failing. Most of us are the moderates and we are conflict averse. We do not want to step on anybodies toes and we do not want to compromise our privileged positions.  We prefer to sit in a shallow spool than swim upstream. Perhaps it is because we forget Paul’s admonition to the Ephesians, “Put on the whole armor of God, so that you may be able to stand against the wiles of the devil. For our struggle is not against enemies of blood and flesh, but against the rulers, against the authorities, against the cosmic powers of this present darkness…”  In other words, our struggle is against the keepers of the status quo. Who better than Paul, the reformed persecutor of Jesus’ followers, knows how our struggles to embody the alternate reality of Jesus are condemned and thwarted by the rulers and authorities protecting the current order?

To embody the alternate reality of Jesus is disruptive because Jesus is a revelation of how God is present and acting in the world; healing the sick, comforting the afflicted…. and…. this is the part we prefer to overlook…. afflicting the comforted. Jesus is a thorn in the side of government and religious officials. He upsets anyone who is inclined to protect the current order at the expense of justice.

I believe Jesus has the courage to persist with healing the sick, comforting the afflicted and afflicting the comforted in the face of pervasive opposition because he finds his strength and power with God.  Empowered with God, Jesus puts on the “whole armor of God,” speaks truth out loud, demands fairness and respect, seeks reconciliation, and “with all of these, (takes) the shield of faith”

“Taking the shield of faith,” means standing in the conviction that God is with us rather than wallowing with uncertainty and cowering in fear of those that resist change. You see, when we put our faith in God with us rather than in our uncertain selves, we have the courage to embody Jesus’ alternate reality; healing the sick, comforting the afflicted and afflicting the comforted.

History reminds us that change comes as a result of unsettling the status quo and that tends to require more than persuasive civil discourse. But the majority of folks are indifferent, if not overtly hostile, to conversations about change. Rather than slaving for persuasive civil discourse, perhaps it is time for us to take seriously Jesus’ revelation that actions are more powerful than words. Let me be clear. Jesus is not a proponent of violence. Rather, he exemplifies living for an alternate reality that begets dignity, respect and access to decent lives for all people.

How can we embody the alternate reality of Jesus? This week we can take time to learn about the candidates running in the primaries. Find out how their behaviors line up with the behaviors exemplified by Jesus; healing the sick, comforting the afflicted and afflicting the comforted. Then vote for the candidates we believe best represent Jesus’ values - regardless of whether they are Republican, Democrat, Independent or Green. Rather than capitulate to partisan politics, let us have the courage to live Jesus’ alternate reality using actions that are stronger than words; healing the sick, comforting the afflicted and, yes, when necessary afflicting the comforted.