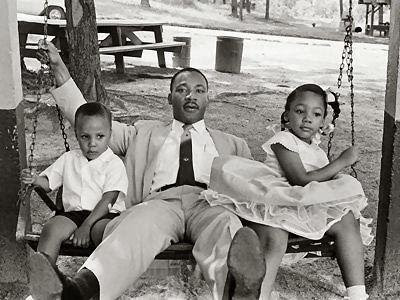 John 1:29-42        John saw Jesus coming toward him and declared, “Here is the Lamb of God who takes away the sin of the world! This is he of whom I said, ‘After me comes a man who ranks ahead of me because he was before me.’ I myself did not know him; but I came baptizing with water for this reason, that he might be revealed to Israel.” And John testified, “I saw the Spirit descending from heaven like a dove, and it remained on him. I myself did not know him, but the one who sent me to baptize with water said to me, ‘He on whom you see the Spirit descend and remain is the one who baptizes with the Holy Spirit.’ And I myself have seen and have testified that this is the Son of God.”

The next day John again was standing with two of his disciples, and as he watched Jesus walk by, he exclaimed, “Look, here is the Lamb of God!” The two disciples heard him say this, and they followed Jesus. When Jesus turned and saw them following, he said to them, “What are you looking for?” They said to him, “Rabbi” (which translated means Teacher), “where are you staying?” He said to them, “Come and see.” They came and saw where he was staying, and they remained with him that day. It was about four o’clock in the afternoon. One of the two who heard John speak and followed him was Andrew, Simon Peter’s brother. He first found his brother Simon and said to him, “We have found the Messiah” (which is translated Anointed). He brought Simon to Jesus, who looked at him and said, “You are Simon son of John. You are to be called Cephas” (which is translated Peter).
Reflection        Rather than reflect on the gospel I want to join our entire country recognizing an ordinary Holy man.  In his now famous and final Sunday sermon preached at the National Cathedral on March 31, 1968 I believe The Rev. Dr. Martin Luther King, Jr.’s words are as relevant today as they were fifty two years ago. “Human progress never rolls in on the wheels of inevitability. It comes through the tireless efforts and the persistent work of dedicated individuals who are willing to be co-workers with God.”

Are prophets perfect? No. History has a scathing way of slicing and dicing a prophet’s character. And, that is actually good news because, prophets are ordinary people like you and me, imperfect people who have taken to heart and fashioned their lives as best they are able on the words of that Jewish prophet Jesus whom we hear praying, “Not my will, your will be done.” Somehow prophets know, and have always known, that God is present and active in the world today, something that we affirm at the beginning of our worship every single Sunday.

The presider acclaims, “God is with you.”   The people respond, “And also with you.”

Are these empty words? Do we mean them? It we do that means each one of us stands with God, derives our blessings from God, finds our courage in God, and acts deliberately to be a co-worker with God.

It takes humility, courage and audacity to claim our identity as ordinary Holy people. Humility to admit that all that we are and all that we have is pure gift. Courage to put our faith in God with us, enabling us to be more than we can imagine. Audacity to not only hope but to act deliberately to call out the evils we witness and extend the blessings we enjoy.

The world is crying out for us to  be co-workers with God and claim our place with ordinary Holy women and men like Martin Luther King, Jr. Shall we choose to live by our conscience?
Posted by Debra Asis at 8:28 AM No comments: