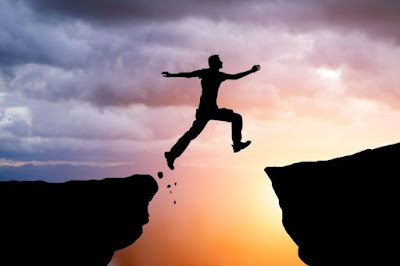 Mark 5:21-43        When Jesus had crossed again in the boat to the other side, a great crowd gathered around him; and he was by the sea. Then one of the leaders of the synagogue named Jairus came and, when he saw him, fell at his feet and begged him repeatedly, "My little daughter is at the point of death. Come and lay your hands on her, so that she may be made well, and live." He went with him.

And a large crowd followed him and pressed in on him. Now there was a woman who had been suffering from hemorrhages for twelve years. She had endured much under many physicians, and had spent all that she had; and she was no better, but rather grew worse. She had heard about Jesus, and came up behind him in the crowd and touched his cloak, for she said, "If I but touch his clothes, I will be made well." Immediately her hemorrhage stopped; and she felt in her body that she was healed of her disease. Immediately aware that power had gone forth from him, Jesus turned about in the crowd and said, "Who touched my clothes?" And his disciples said to him, "You see the crowd pressing in on you; how can you say, `Who touched me?'" He looked all around to see who had done it. But the woman, knowing what had happened to her, came in fear and trembling, fell down before him, and told him the whole truth. He said to her, "Daughter, your faith has made you well; go in peace, and be healed of your disease."
While he was still speaking, some people came from the leader's house to say, "Your daughter is dead. Why trouble the teacher any further?" But overhearing what they said, Jesus said to the leader of the synagogue, "Do not fear, only believe." He allowed no one to follow him except Peter, James, and John, the brother of James. When they came to the house of the leader of the synagogue, he saw a commotion, people weeping and wailing loudly. When he had entered, he said to them, "Why do you make a commotion and weep? The child is not dead but sleeping." And they laughed at him. Then he put them all outside, and took the child's father and mother and those who were with him, and went in where the child was. He took her by the hand and said to her, "Talitha cum," which means, "Little girl, get up!" And immediately the girl got up and began to walk about (she was twelve years of age). At this they were overcome with amazement. He strictly ordered them that no one should know this, and told them to give her something to eat.
Reflection        What is going on here? A man of position and power bows to Jesus. A powerless woman, cast out of society presumes to touch Jesus. Both of them must have been desperate and both must have over-heard the buzz around the Sea of Galilee. “There is a man named Jesus, a mere carpenter’s son who teaches with great authority, he cleanses lepers, heals the paralyzed and disfigured, eats with tax collectors and other sinners, he even casts out demons! I hear he is coming back to our side of the sea. Let’s go see what he can do.”
Imagine the hemorrhaging woman hearing all that and being emboldened to break out of her isolation, leave her house in violation of purity code restrictions  and reach out to Jesus? In her desperation the woman did what was unheard of, she boldly touched a man, and”immediately felt in her body that she was healed of her disease.” By fearlessly stepping out in faith the woman was restored to fullness of life because to be ‘well’ meant not only to be physically cured but also to fearlessly show up and take her place in the community.
Meanwhile Jairus, the powerful religious leader, is witnessing the healing of the hemorrhaging woman when the other religious leaders deliver the awful news, “Your daughter is dead.” What are we to make of Jesus’ perplexing response, “Do not fear, only believe.” I believe Jesus is inviting Jairus and all of us to stretch, not only to have faith when asking for healing but also to have faith when faced with death.
Divine life-giving power flows through Jesus, not like a hammer pounding a nail rather as water or blood poured into an open, empty vessel. You see, faith is the interior state of open, empty receptivity. Divinity is the fullness poured into the emptiness. Emptiness and fullness live in mutuality. This makes no sense to the rational mind that understands things by contrast, black or white, broken or fixed, empty or full.


Faith is a disposition of heart and mind that enables us to know God’s Divine Presence with us regardless of the situation. In the throes of an excruciating chronic illness, when we have used all of our resources, tried every medical procedure, and nothing works, we protest, “God is with us.”  When our friends throw up their hands, wail and cry, “All is lost,” we humbly aver, “God is with us.”
Posted by Debra Asis at 12:03 PM No comments: