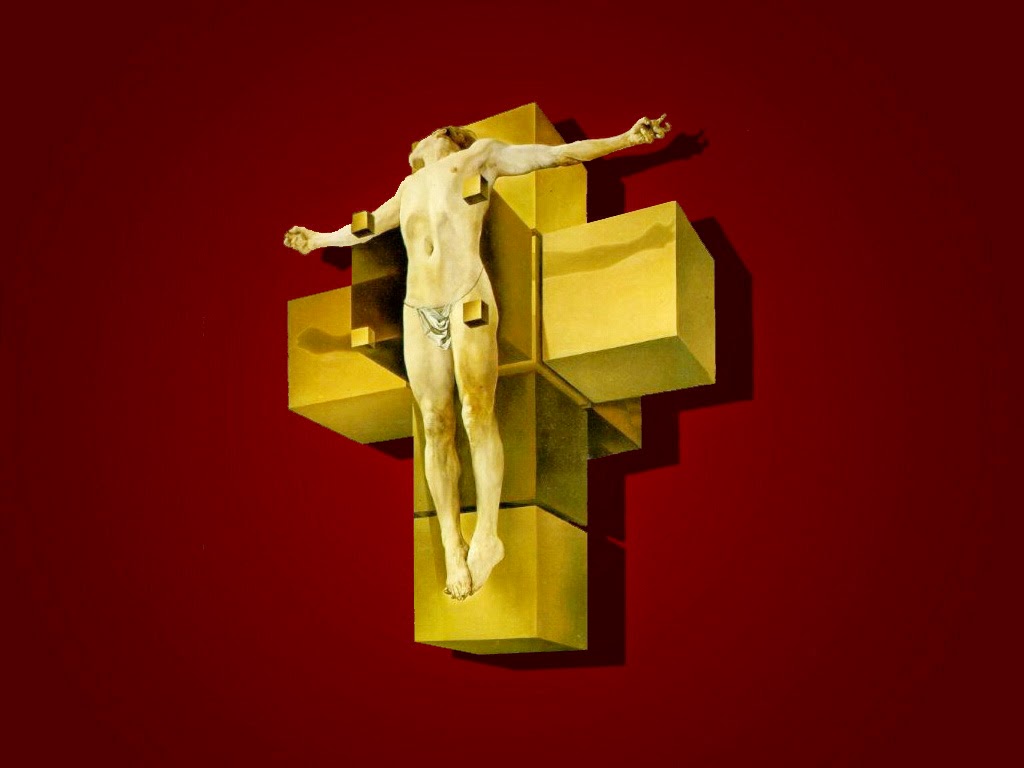 Philippians 2:5-11
Let the same mind be in you that was in Christ Jesus,
who, though he was in the form of God,
did not regard equality with God
as something to be exploited,
but emptied himself,
taking the form of a slave,
being born in human likeness.
And being found in human form,
he humbled himself
and became obedient to the point of death--
even death on a cross.
Therefore God also highly exalted him
and gave him the name
that is above every name,
so that at the name of Jesus
every knee should bend,
in heaven and on earth and under the earth,
and every tongue should confess
that Jesus Christ is Lord,
to the glory of God the Father.

Reflection        When Jesus entered Jerusalem he knew he was headed for death. Not just death, tortuous death; excruciating, humiliating death nailed to a cross and lifted high so all could watch him gasp for breath. Jesus knew what was waiting for him and he chose not to wipe Jerusalem’s dust from his heels and walk north to Samaria or Cana. He could have headed for the proverbial hills, gone underground and out of sight and saved himself. Who would blame him?

But Jesus was not listening to the voice of fear shouting, “By all and any means, save yourself. The most important thing is to be safe and secure, to surround yourself with people who care for and esteem you. Be sure to maintain a modicum of power and control.” That was not the voice that he was listening to. Jesus was listening to the deeply interior voice of his Father God.
Jesus’ decision to walk into Jerusalem, to host a farewell supper with his closest friends, and to allow one of them to betray his whereabouts to his persecutors was not a personal decision. Jesus’ decision to allow himself to be handed over to suffer and die on a cross went beyond his desire to take care of his basic needs for safety and security,  affection, attention and esteem. It bypassed his personal need for power and control. Jesus’ decision and action was not personal, it was transpersonal.

Transpersonal experiences have been defined as experiences "in which the sense of identity or self extends beyond the individual or personal to encompass wider aspects of humankind.....”  Jesus was operating from a transpersonal perspective.  And so he chose to stay the course, to remain faithful to truth as he knew it. Jesus chose to stand in his place and claim his birthright as the Son of Man and the Son of God. The officials called this treason. Jesus called it truth. He was willing to  give up his life rather than give up his Truth.
What does this have to do with us, mere humans, not Jesus? Everything. We are made in the image of God which means “we are free to make choices : to love, to create, to reason, and to live in harmony with creation and with God.” (BCP 845) In other words, we participate with God in bringing about good in creation. That is why we are here.  Remember Jesus words to the disciples“Very truly, I tell you, the one who believes in me will also do the works that I do and, in fact, will do greater works than these…?” (John 14.12)
I believe we have set our sights too low. Rather than claim our birthright as daughters and sons in the family of God we have let ourselves off the hook by claiming we are mere humans. What if we stood in our place and claimed our birthright as children of humanity and children of God, would we be moved to give ourselves away to care for and dignify all people?


If you found this post to be meaningful, please share with friends by cliciking on icons below. Thank you.
Posted by Debra Asis at 1:40 PM No comments: