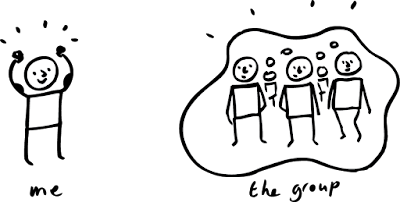 Mark 8:27-38        Jesus went on with his disciples to the villages of Caesarea Philippi; and on the way he asked his disciples, "Who do people say that I am?" And they answered him, "John the Baptist; and others, Elijah; and still others, one of the prophets." He asked them, "But who do you say that I am?" Peter answered him, "You are the Messiah." And he sternly ordered them not to tell anyone about him.
Then he began to teach them that the Son of Man must undergo great suffering, and be rejected by the elders, the chief priests, and the scribes, and be killed, and after three days rise again. He said all this quite openly. And Peter took him aside and began to rebuke him. But turning and looking at his disciples, he rebuked Peter and said, "Get behind me, Satan! For you are setting your mind not on divine things but on human things."
He called the crowd with his disciples, and said to them, "If any want to become my followers, let them deny themselves and take up their cross and follow me. For those who want to save their life will lose it, and those who lose their life for my sake, and for the sake of the gospel, will save it. For what will it profit them to gain the whole world and forfeit their life? Indeed, what can they give in return for their life? Those who are ashamed of me and of my words in this adulterous and sinful generation, of them the Son of Man will also be ashamed when he comes in the glory of his Father with the holy angels.”

Reflection        This is one of those times when Malina and Rohrbaugh’s “Social Science Commentary” leaps to mind with its apt explanation of the difference between ancient Middle Eastern and 18-20th century Western civilization’s response to Jesus’ question, “Who do people say that I am?” In his honor/shame society Jesus is asking this question to locate his position of power and status in the collective, which is the source of his identity because his was a group-oriented society. A person knew themselves via their connections, relationships and responsibilities to their socio/cultural/religious group. (eg The Christian Testament speaks of Paul of Tarsus, Mary of Magdela). The value is for the collective good.

The Age of Enlightenment gave birth to  a different perspective, individualism, that understood human persons to have individual God given liberties and rights. This view arose in the late 17th-early 18th through 20th century and underlies the psychological perspective that individual persons live primarily of themselves and for themselves.  Identity is singular, derived from the individual’s particular needs, desires and ambitions.  The value is for independence over against the collective good.

When Jesus asks, “Who do you or who do the people say that I am?” he is asking “How am I located in the complex web of relationships that constitutes humanity?” Jesus is not testing the disciples and Peter to find out if they recognize his particular psychological constitution. He is asking the people, the source of his identity, to tell him what his position of honor or shame (power) is among the people. How then can we relate to Jesus’ question of identity today?

In his Integral Theory the contemporary philosopher Ken Wilber suggests a four part model for understanding who a person is. It includes the interior subjective world of the individual, the individual’s cultural/collective background, the objective situation exterior to the individual and how the individual fits in the collective.* Wilber offers a way to move beyond a preference for either the collective or the individual and embrace a 21st century nondual perspective that integrates the values of both. The lens through which we 21st century Westerners look back at Mark’s gospel cannot escape projecting our psychological perspective on it. In fact, that is what keeps the Word alive and relevant for us. However, we must also bring forward the context and wisdom of the collective seeking the survival of the group.

I wonder if the current great divide between Republicans and Democrats may in some way be explained by a preference for either Ancient Middle Eastern or Eighteenth Century Enlightenment perspectives? I wonder if it is time for us to set down the pundits’ rusty swords and bridge the gap between the rights of the individual (insulated and unconnected to others) and the priority for group survival (at the expense of personal privilege)?** I wonder if it is time to adopt a perspective that ascribes value to both the individual and the collective and stretches toward the transpersonal to exceed the limits of both?

Copy and paste either citation in your browser to read more.
*Wilber, Ken. "AQAL Glossary," "Introduction to Integral Theory and Practice: IOS Basic and the AQAL Map," Vol. 1, No. 3. Retrieved on September 7, 2015.

**Steve Paulson. "You are the river: An interview with Ken Wilber". salon.com.

If you found this post to be meaningful, please share by clicking on icons below. Thank You.

Posted by Debra Asis at 6:45 PM No comments: