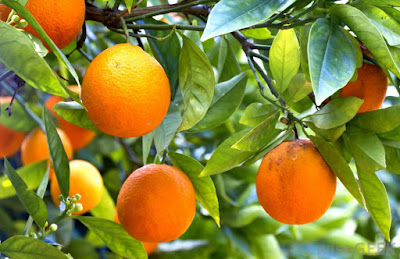 Luke 7:1-10        After Jesus had finished all his sayings in the hearing of the people, he entered Capernaum. A centurion there had a slave whom he valued highly, and who was ill and close to death. When he heard about Jesus, he sent some Jewish elders to him, asking him to come and heal his slave. When they came to Jesus, they appealed to him earnestly, saying, "He is worthy of having you do this for him, for he loves our people, and it is he who built our synagogue for us." And Jesus went with them, but when he was not far from the house, the centurion sent friends to say to him, "Lord, do not trouble yourself, for I am not worthy to have you come under my roof; therefore I did not presume to come to you. But only speak the word, and let my servant be healed. For I also am a man set under authority, with soldiers under me; and I say to one, `Go,' and he goes, and to another, `Come,' and he comes, and to my slave, `Do this,' and the slave does it." When Jesus heard this he was amazed at him, and turning to the crowd that followed him, he said, "I tell you, not even in Israel have I found such faith." When those who had been sent returned to the house, they found the slave in good health.

Reflection        At first glance it seems we have encountered another Jesus healing parable, then something niggles when we see Jesus turning to the crowd and saying of the slave’s owner, “Not even in Israel have I found such faith.” Jesus finds the Roman soldier, a Gentile, to be more faithful than the Jews? How could this be?

I believe a clue to this mystery is in the endorsement the Jewish elders offered to Jesus on behalf of the centurion, “(This Gentile soldier) is worthy of having you do this for him, for he loves our people (the Jews.)” Could it be? The elders of the Jews who are the radical “others,” if not the outright enemies of the occupying Romans whose centurions lead battalions of hundreds of soldiers to insure Roman power over them,  the Jewish elders are declaring their oppressor legate loves them?

To appreciate the magnitude of this moment we must remember what Jesus was teaching his newly chosen apostles and a “great crowd of his disciples and a great multitude of people from all Judea, Jerusalem, and the coast of Tyre and Sidon… (Luke 6.17) who had come to him to be healed and cured of their unclean spirits just before the centurion sent a delegation of elders asking Jesus to heal his slave. Jesus taught, “But I say to you that listen, love your enemies… (Luke 6.27)

From the Roman centurion’s perspective the Jews were the enemy, the rapidly growing population of people who posed a threat to the rule and power of the Roman empire. Nonetheless, the centurion loved the Jewish people and one of the ways they knew this was he provided support for them to rebuild their synagogue. Perhaps this is what Jesus meant when he told the parable, “No good tree bears bad fruit, nor again does a bad tree bear good fruit; for each tree is known by its own fruit. (Luke 6.43-44)

Because the centurion conducted himself as a good tree producing good fruit the Jewish elders could unequivocally endorse the enemy centurion as worthy of Jesus’ healing. Isn't it ironic, the person who lives out Jesus instruction to love our enemies is known as an enemy of the Jewish people. Which makes me wonder, am I producing good fruit sufficient that even my presumed enemies would deem me worthy of blessing?

If you found this post to be meaningful please share by clicking on the icons below. Thank you.
Posted by Debra Asis at 7:46 AM No comments: