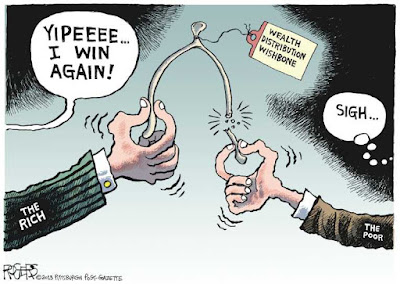 John 2:13-22        The Passover of the Jews was near, and Jesus went up to Jerusalem. In the temple he found people selling cattle, sheep, and doves, and the money changers seated at their tables. Making a whip of cords, he drove all of them out of the temple, both the sheep and the cattle. He also poured out the coins of the money changers and overturned their tables. He told those who were selling the doves, “Take these things out of here! Stop making my Father’s house a marketplace!” His disciples remembered that it was written, “Zeal for your house will consume me.” The Jews then said to him, “What sign can you show us for doing this?” Jesus answered them, “Destroy this temple, and in three days I will raise it up.” The Jews then said, “This temple has been under construction for forty-six years, and will you raise it up in three days?” But he was speaking of the temple of his body. After he was raised from the dead, his disciples remembered that he had said this; and they believed the scripture and the word that Jesus had spoken.

Reflection     What a great example of market economy in action. The elite Judean religious and political officials are selling access to God and it is very profitable. The way this works is simple. The political and religious authorities conspire to keep something that is very desirable to the people (access to God)  scarce, and as a result the price the people are willing to pay for it goes up. The rich get richer. The powerful gain power. The masses of people sacrifice and fall behind as long as they agree to participate in the exchange.

For as long as the masses believe the only way to experience the presence of God is to make a pilgrimage to the temple in Jerusalem, the only way to escape the torment of being separate from God is paying a temple tax, the only way to insure access to a happily ever after life is to sacrifice a pair of doves and an unblemished lamb, they will continue to turn their wallets over to the money changers in exchange for their heavenly insurance policies. Until someone like Jesus comes along and shouts, “Stop!”

God is not in-prisoned in the temple of Jerusalem. God does not require you pay tax. The religious and political elites are not the only ones with access to God. God is with you, each and every one of you, in spirit and in truth. Quit your deal making. You do not have to sacrifice a pair of javelina, fresh fish or pay a temple tax. You do not have to make a pilgrimage to the Holy Land. All you have to do is stop, be still and know that God is with you right here, right now, in spirit and in truth. The true temple of God is not made of stones and mortar. As it is with Jesus so it is with us. The true temple of God is our bodies.

The question is, how do we inhabit our bodies as the true temples of God? I believe we must dismantle the bricks and mortar of our market economy lives that depend on differentiating those who have from those who have not. We must divest our greed and narcissistic striving. We must dismember the chains of our market driven guardianship. All of this ideology we must allow to crumble like Jesus’ proverbial temple walls so that we too will rise up into new, reasonable, holy lives, being humane, restrained and sane; humble, faithful and moral; awake, alert and alive, so that we embody in spirit and in truth the ubiquitous Presence of God.

To delve into the way of embodying the presence of God in ordinary life, please listen to the audio book "Practicing the Presence of God" with Brother Lawrence by clicking on image above and to the right.

If you found this to be meaningful please share by clicking on icons below. Thank you.