Gospel text for Feast of the Epiphany 6 January 2019 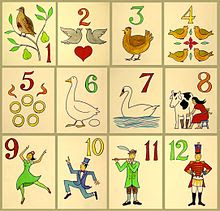 Matthew 2:1-12        In the time of King Herod, after Jesus was born in Bethlehem of Judea, wise men from the East came to Jerusalem, asking, "Where is the child who has been born king of the Jews? For we observed his star at its rising, and have come to pay him homage." When King Herod heard this, he was frightened, and all Jerusalem with him; and calling together all the chief priests and scribes of the people, he inquired of them where the Messiah was to be born. They told him,
"In Bethlehem of Judea; for so it has been written by the prophet:
`And you, Bethlehem, in the land of Judah,
are by no means least among the rulers of Judah;
for from you shall come a ruler
who is to shepherd my people Israel.’"

Then Herod secretly called for the wise men and learned from them the exact time when the star had appeared. Then he sent them to Bethlehem, saying, "Go and search diligently for the child; and when you have found him, bring me word so that I may also go and pay him homage." When they had heard the king, they set out; and there, ahead of them, went the star that they had seen at its rising, until it stopped over the place where the child was. When they saw that the star had stopped, they were overwhelmed with joy. On entering the house, they saw the child with Mary his mother; and they knelt down and paid him homage. Then, opening their treasure chests, they offered him gifts of gold, frankincense, and myrrh. And having been warned in a dream not to return to Herod, they left for their own country by another road.

Reflection        This is the Feast of the Epiphany, the twelfth day of Christmas during which we receive the sum of all the possible gifts.
12 drummers drumming
11 pipers piping
10 lords a leaping
9 ladies dancing
8 maids a milking
7 swans a swimming
6 geese a laying
5 golden rings
4 calling birds
3 french hens
2 turtle doves and
a partridge in a pear tree.

When  we add up all the gifts during the twelve days of Christmas we discover 364 gifts are given - one for each day of the year, except Christmas. Why? Let me suggest that Christmas is the day we receive the gift that surpasses all gifts. The gift of return to innocence, innocence as represented by the newborn child wrapped in rags and tucked into a feeding trough.

What do we find along the way? Potentates who strive to use the wise men, or us, for their personal gain (think Herod calling the wise men to his court), manipulating people with their invitations to positions of privilege and promises of worldly gain. We find rulers who are willing to misuse their power to exterminate anyone who threatens their command (think Herod ordering all boy children in Bethlehem under the age of two to be killed).

Throughout history wise men (and women) have traveled vast distances to seek something more than worldly powers can offer. I believe the wise ones are seeking the true gift of Christmas, innocence. Innocence like that revealed to us in the newborn wrapped in rags in Bethlehem, the gift of Christmas that surpasses all others is the meaning, value and benefit of innocence.

Something deep inside us stirs when we watch our children’s Christmas pageant and sing “O little town of Bethlehem.” That sweet nostalgic sense is our yearning to return to the empty, open, receptivity of innocence. This is the unsurpassed gift of Christmas, a gift born on the breathe of an infant, drenched in the love of God and unsullied by the travesties of time. Innocence.  And because we are innocent as the newborn wrapped in rags and tucked into a feeding trough we are open and available to receive all of the gifts of the Spirit.