Gospel text for All Souls & All Saints Celebration 1 November 2015 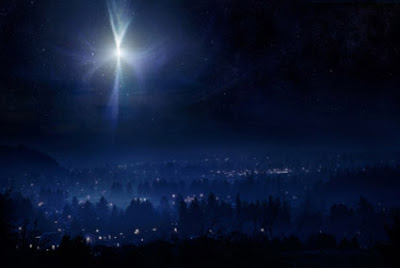 John 11:32-44        When Mary came where Jesus was and saw him, she knelt at his feet and said to him, "Lord, if you had been here, my brother would not have died." When Jesus saw her weeping, and the Jews who came with her also weeping, he was greatly disturbed in spirit and deeply moved. He said, "Where have you laid him?" They said to him, "Lord, come and see." Jesus began to weep. So the Jews said, "See how he loved him!" But some of them said, "Could not he who opened the eyes of the blind man have kept this man from dying?”

Then Jesus, again greatly disturbed, came to the tomb. It was a cave, and a stone was lying against it. Jesus said, "Take away the stone." Martha, the sister of the dead man, said to him, "Lord, already there is a stench because he has been dead four days." Jesus said to her, "Did I not tell you that if you believed, you would see the glory of God?" So they took away the stone. And Jesus looked upward and said, "Father, I thank you for having heard me. I knew that you always hear me, but I have said this for the sake of the crowd standing here, so that they may believe that you sent me." When he had said this, he cried with a loud voice, "Lazarus, come out!" The dead man came out, his hands and feet bound with strips of cloth, and his face wrapped in a cloth. Jesus said to them, "Unbind him, and let him go.”

Reflection        How are we to experience God’s presence and compassion in the face of inevitable weeping, mourning, breaking down, killing and dying that inform our human experience? I believe the answer is hidden in plain sight at the beginning of John’s text. Jesus wept.” Dä-krü’-ō (Greek). Mary was weeping. Dä-krü’-ō. The Jewish friends and neighbors of Lazarus’ family were weeping. Jesus came among them, was so profoundly touched by their grieving that he was “greatly disturbed in spirit and deeply moved.” And, “Jesus wept.”  Dä-krü’-ō.

Jesus wept as we all weep when someone we love dies because weeping is the flesh and bones response to losing the physical, social and emotional experience of someone we love. Jesus wept for the personal loss of his friend Lazarus. He also wept in solidarity or oneness with the grieving of his friend Mary and all the Jews who were weeping. Dä-krü’-ō.

But what are we to do with the voices, the ones inside and out, that plague and bedevil us alleging God’s absence? Concerning Lazarus’ death some of the bystanders said, ”Could not he who opened the eyes of the blind man have kept (Lazarus) from dying?” In other words, “OK Jesus, if you are for real why did you let your friend Lazarus die?” The lack of faith betrayed by the bystanders’ haughty complaint “greatly disturbed” Jesus  who immediately turned toward God and called for a miracle so that the faithless might believe.

Many of us must encounter something we cannot explain (a miracle) before we apprehend  faith that God is with us.  As Christians we do not put our faith in a magician god that pulls rabbits out of a hat or resuscitates dead bodies. We put our faith in God weeping with us, full of mercy, tenderness and compassion. In the exquisite  words found in the Revelation to John.
"See, the home of God is among mortals.
God will dwell with them as their God;
they will be God’s peoples,
and God  will be with them;
and will wipe every tear from their eyes. (Rev 21.3-4a)

Twenty centuries after John penned those words while in exile on the Island of Patmos, it is time for us to reclaim the image of God he describes in the Revelations; God with us, no matter what.

If you found this text to be meaningful please share by clicking on icons below. Thank you.
Posted by Debra Asis at 9:49 AM No comments: