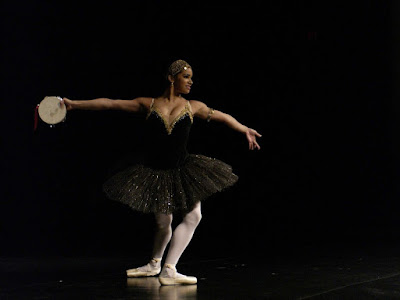 Mark 6:1-13        Jesus left that place and came to his hometown, and his disciples followed him. On the sabbath he began to teach in the synagogue, and many who heard him were astounded. They said, "Where did this man get all this? What is this wisdom that has been given to him? What deeds of power are being done by his hands! Is not this the carpenter, the son of Mary and brother of James and Joses and Judas and Simon, and are not his sisters here with us?" And they took offense at him. Then Jesus said to them, "Prophets are not without honor, except in their hometown, and among their own kin, and in their own house." And he could do no deed of power there, except that he laid his hands on a few sick people and cured them. And he was amazed at their unbelief.
Then he went about among the villages teaching. He called the twelve and began to send them out two by two, and gave them authority over the unclean spirits. He ordered them to take nothing for their journey except a staff; no bread, no bag, no money in their belts; but to wear sandals and not to put on two tunics. He said to them, "Wherever you enter a house, stay there until you leave the place. If any place will not welcome you and they refuse to hear you, as you leave, shake off the dust that is on your feet as a testimony against them." So they went out and proclaimed that all should repent. They cast out many demons, and anointed with oil many who were sick and cured them.
Reflection This week thirty-two year old Misty Copeland was named principal dancer for the American Ballet Theatre (ABT), one of the three major classical ballet companies in the USA. This news astounded many because Misty does not fit the idea of what a classical ballerina looks like. “The world of elite, professional ballet is tiny, brutal and exacting. It operates within a long history of well-established traditions to define excellence in the industry. In that world, ballet dancers are long, lean, have delicate waists, small busts, lithe legs and are white. And then there’s Misty Copeland: 5’2”, curvy, muscular and black.”* Because Misty does not fit the conceptual ideas about ballerinas many people could not “see” Misty as a principal ballerina for the prestigious ABT. This week many people were astounded by the “unlikely” ballerina.
When our minds are full of concepts about what a person should look, act or be like there is every chance we will not “see” them but rather be blinded by our concepts to who they really are. That is what happened to the people  in Jesus’ hometown who expected him to look, act and be like a carpenter. Instead of being about the business of wood and nails, tables and doorposts Jesus displayed deeds of power and words of wisdom, things that did not belong in the repertoire of a carpenter.  The people who were most familiar with Jesus could not contain him in the conceptual box they had about him and so they “took offense at him.”
The stories of Misty and Jesus both point to a gap between what we can see and claim to know “about” a person and the mystery of who they truly are. The more familiar a person is or the more we think we know “about” a person the more difficult it is for us to see beyond what we think to what actually is. In other words, we are blinded by our thoughts and our ideas. Paradoxically, it is the people, the roles, the subjects that we claim to know the most about that we are least likely to experience as they truly are.
Perhaps that is why Jesus said to his unbelieving neighbors, ”Prophets are not without honor, except in their hometown, and among their own kin, and in their own house.” Which begs the question, how do we set aside our litany of ideas, concepts and descriptions, our memories and imaginations in order to experience the mystery and gifts of a person as they truly are? I believe the answer is, by learning to be present with another person.
Being present means consciously paying attention to another person without any judgment or story about them. When we begin to pay attention we notice our minds are constantly leaping ahead, falling behind or making up stories about the person. The invitation is, over and over again, to reel our minds back in, refocus on the present moment and wait to be surprised by the mystery of the person present with us.
*http://www.entrepreneur.com/slideshow/248015


If you found this post to be meaningful please share it with friends by clicking on the icons below. Thank you.
Posted by Debra Asis at 11:14 AM No comments: