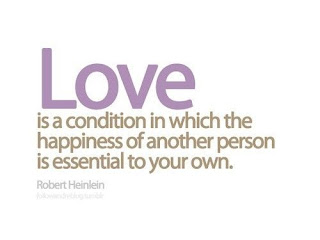 Song of Solomon 2:8-13
The voice of my beloved!
Look, he comes,
leaping upon the mountains,
bounding over the hills.
My beloved is like a gazelle
or a young stag.
Look, there he stands
behind our wall,
gazing in at the windows,
looking through the lattice.
My beloved speaks and says to me:
"Arise, my love, my fair one,
and come away;
for now the winter is past,
the rain is over and gone.
The flowers appear on the earth;
the time of singing has come,
and the voice of the turtledove
is heard in our land.
The fig tree puts forth its figs,
and the vines are in blossom;
they give forth fragrance.
Arise, my love, my fair one,
and come away.”

Mark 7:1-8, 14-15, 21-23 When the Pharisees and some of the scribes who had come from Jerusalem gathered around him, they noticed that some of his disciples were eating with defiled hands, that is, without washing them. (For the Pharisees, and all the Jews, do not eat unless they thoroughly wash their hands, thus observing the tradition of the elders; and they do not eat anything from the market unless they wash it; and there are also many other traditions that they observe, the washing of cups, pots, and bronze kettles.) So the Pharisees and the scribes asked him, “Why do your disciples not live according to the tradition of the elders, but eat with defiled hands?” He said to them, “Isaiah prophesied rightly about you hypocrites, as it is written, ‘This people honors me with their lips, but their hearts are far from me; in vain do they worship me,
teaching human precepts as doctrines.’ You abandon the commandment of God and hold to human tradition.”

Then he called the crowd again and said to them, “Listen to me, all of you, and understand: there is nothing outside a person that by going in can defile, but the things that come out are what defile.” For it is from within, from the human heart, that evil intentions come: fornication, theft, murder, adultery, avarice, wickedness, deceit, licentiousness, envy, slander, pride, folly. All these evil things come from within, and they defile a person.”

Reflection        This morning I joined millions of people, physically and virtually, worshipping in thanksgiving for and celebration of the life of Senator John Sidney McCain III at the National Cathedral in Washington, DC. Family, friends and political figures representing every star and every stripe of humanity;  Orthodox Jew and Jesuit, Republican and Democrat, everyday human and president, all gathered to pay tribute to a man who “embodied the best in humanity.”

The Democrat turned Independent Joseph Liberman described Republican McCain as a “defender of dignity of all human beings,” and declared, “the actions of man are the sources of hope for people.” The controversial elder statesman and former National Security Advisor and Secretary of State Henry Kissinger paid tribute to McCain as a man of honor, explaining, “Honor is an inward compulsion free of self interest,” and it was honor that compelled McCain to action intended to assure “decency and freedom for all.”

Republican President George W. Bush characterized McCain as “a model of the combination of courage and decency.” Democratic President Barack Obama said, notwithstanding their myriad disagreements, McCain “embodied the best,” because, “McCain was committed to something bigger than himself.”

In the eulogy that began the service and perhaps should have been its capstone, McCain’s  daughter Meghan stated, “John McCain was not defined by prison, by the navy, by the Senate, by the Republican party or any one of the deeds in his life. John McCain was defined by love.”

As the heart felt tributes proceeded a distinct theme emerged, a theme captured in a quote from John McCain’s favorite book, Ernest Hemingway’s For Whom the Bell Tolls. “Today is only one day in all the days that will ever be. But what will happen in all the other days that ever come can depend on what you do today.” The theme is action. Everything depends on what we choose to do. Which brings us to our Biblical texts.

“Listen to me, all of you, and understand,” God wants our hearts. That’s what Jesus is telling the self-righteous keepers of the law who keep pestering him with divisive issues of who has proper eating habits who does not, who is worthy who is not, who is in who is out.

God desires us as individuals as well as a community and proposes that we come away from our habitual ways of fighting for security, safety, esteem, power and control.  Come away from our zero sum mentality that in order for you to have more I must have less. Come away from our inordinate desire to win.  Come away… to a new life committed to something more than ourselves, love of God and one another.

Like any proposal, ”Will you marry me? Will you apply for this position? Will you volunteer for this ministry? Will you seek dignity and decent lives for all people? Will you come away with me?” there are two parts; the invitation and the response. “Arise, my love, and come away….” In other words, don’t just sit there and wonder, “Is this real or true? Do I deserve it? How can little me possibly do this?”  Stand up and step away from your incarcerating thoughts and self defeating habits.  Act now and commit to something bigger than yourself because love is realized in actions.

By all accounts the late Senator John Sidney McCain III’s life was defined by love, love that compelled him to commit and act for something greater than himself. I believe John McCain accepted God’s proposal and “embodied the best in humanity.” His life and all of ours are better for it. Dare we choose to act likewise?

If you found this post to be meaningful please share by clicking on icons below. thank you.
Posted by Debra Asis at 12:13 PM No comments: