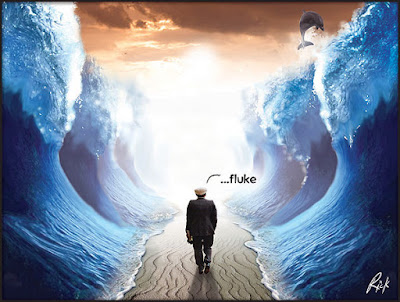 John 6:24-35        The next day, when the people who remained after the feeding of the five thousand saw that neither Jesus nor his disciples were there, they themselves got into the boats and went to Capernaum looking for Jesus. When they found him on the other side of the sea, they said to him, "Rabbi, when did you come here?" Jesus answered them, "Very truly, I tell you, you are looking for me, not because you saw signs, but because you ate your fill of the loaves. Do not work for the food that perishes, but for the food that endures for eternal life, which the Son of Man will give you. For it is on him that God the Father has set his seal." Then they said to him, "What must we do to perform the works of God?" Jesus answered them, "This is the work of God, that you believe in him whom he has sent." So they said to him, "What sign are you going to give us then, so that we may see it and believe you? What work are you performing? Our ancestors ate the manna in the wilderness; as it is written, `He gave them bread from heaven to eat.'" Then Jesus said to them, "Very truly, I tell you, it was not Moses who gave you the bread from heaven, but it is my Father who gives you the true bread from heaven. For the bread of God is that which comes down from heaven and gives life to the world." They said to him, "Sir, give us this bread always."
Jesus said to them, "I am the bread of life. Whoever comes to me will never be hungry, and whoever believes in me will never be thirsty.”

Reflection         “Dear God, I know that you are with me but still, would you please give me a sign, preferably in neon with fireworks. You know me, the thick hearted one who is never quite sure it really is You.” I have prayed that and similar prayers more times than I like to admit. What I am really asking is, how can I be sure, be sure that God is with me when I run out of bread and my stomach is growling? How can I be sure when I wake up in the morning and “neither Jesus nor his disciples (are) there?”

It all boils down to wanting certainty, confidence with evidence that does not require faith. That is where miracles come in. The problem is, there can never be enough miracles to really convince me. We never know when we’ve seen the last one. I suspect that is why the disciples keep asking Jesus for more signs. Vats of fine wine, healing a child, feeding five thousand people, walking on water, all those signs are not enough to convince the disciples (and me)  so the disciples ask Jesus, “What sign are you going to give us then, so that we may see it and believe you?” Can you give us something we can really hold onto? Something we can see and feel and taste, like manna?

Jesus tries to explain. If you receive manna one day you will still be hungry the next… the same way it works with miracles. You can never have enough. But if you would just believe that you already have what you are looking for in me, you would never be hungry again. Apparently Jesus’ words fell on hard hearts. If we fast forward through John’s gospel we experience Jesus giving the disciples and us three more signs so that we would “believe in him whom God has sent;”healing a man born blind and a  paralytic and raising his friend from the dead. Still, when Jesus asks, “Who do the people say that I am…” but I am leaping ahead.

I will be taking next week off for vacation.
Posted by Debra Asis at 4:19 PM No comments: 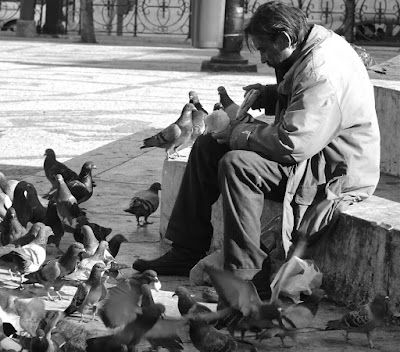 2015 07 26 John 6:1-21        Jesus went to the other side of the Sea of Galilee, also called the Sea of Tiberias. A large crowd kept following him, because they saw the signs that he was doing for the sick. Jesus went up the mountain and sat down there with his disciples. Now the Passover, the festival of the Jews, was near. When he looked up and saw a large crowd coming toward him, Jesus said to Philip, "Where are we to buy bread for these people to eat?" He said this to test him, for he himself knew what he was going to do. Philip answered him, "Six months' wages would not buy enough bread for each of them to get a little." One of his disciples, Andrew, Simon Peter's brother, said to him, "There is a boy here who has five barley loaves and two fish. But what are they among so many people?" Jesus said, "Make the people sit down." Now there was a great deal of grass in the place; so they sat down, about five thousand in all. Then Jesus took the loaves, and when he had given thanks, he distributed them to those who were seated; so also the fish, as much as they wanted. When they were satisfied, he told his disciples, "Gather up the fragments left over, so that nothing may be lost." So they gathered them up, and from the fragments of the five barley loaves, left by those who had eaten, they filled twelve baskets. When the people saw the sign that he had done, they began to say, "This is indeed the prophet who is to come into the world."
When Jesus realized that they were about to come and take him by force to make him king, he withdrew again to the mountain by himself.
When evening came, his disciples went down to the sea, got into a boat, and started across the sea to Capernaum. It was now dark, and Jesus had not yet come to them. The sea became rough because a strong wind was blowing. When they had rowed about three or four miles, they saw Jesus walking on the sea and coming near the boat, and they were terrified. But he said to them, "It is I; do not be afraid." Then they wanted to take him into the boat, and immediately the boat reached the land toward which they were going.

Who among us has not experienced the howls of a hungry infant or the grumpy ill-temper of a hungry adult? I believe hunger is an expression of our fundamental need and dependence on others. Think of it this way. By the time we swallow a bit of bread thousands of hands have made it possible; clearing the land, planting the seed, tending grain, harvesting, storing, shipping, processing, combining with other ingredients, honey raised by beekeepers, shipped to manufacturers, processed, packaged, shipped again and distributed all before we drive to the market thanks to the thousands of people who made, delivered and service our car, never mind the fuel we need, and finally we buy the loaf of bread.

We do not eat by ourselves. We are always fed by others, even, and perhaps especially the most privileged among us because hunger is at the core of our humanity and depends on the generosity of others to be fed. In her book, The Eucharist and the Hunger of the World, Monika Hellwig, a professor of theology at Georgetown University puts is this way, hunger is “the experience of being created in interdependence with others.” (p9)

In today’s gospel text we see Jesus’ grace filled response to the people’s hunger - to our hunger.  The taking, thanking, blessing, breaking and sharing the one small loaf of bread is an outward and visible sign of a much greater spiritual truth. This is the saving action of Jesus, revealing the way of giving ourselves away for the good of one another, sharing what we have to feed the physical and spiritual hunger of our world.

If you found this post to be meaningful please share with friends by clicking on the icons below. Thank you.
Posted by Debra Asis at 9:31 AM No comments: