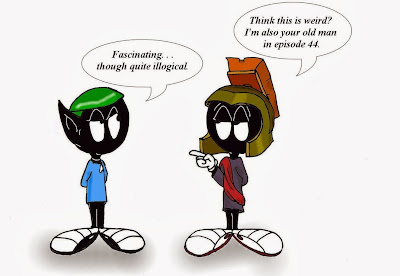 John 1:29-42        John saw Jesus coming toward him and declared, "Behold the Lamb of God who takes away the sin of the world! This is he of whom I said, `After me comes a man who ranks ahead of me because he was before me.' I myself did not know him; but I came baptizing with water for this reason, that he might be revealed to Israel." And John testified, "I saw the Spirit descending from heaven like a dove, and it remained on him. I myself did not know him, but the one who sent me to baptize with water said to me, `He on whom you see the Spirit descend and remain is the one who baptizes with the Holy Spirit.' And I myself have seen and have testified that this is the Son of God."
The next day John again was standing with two of his disciples, and as he watched Jesus walk by, he exclaimed, "Behold, here is the Lamb of God!" The two disciples heard him say this, and they followed Jesus. When Jesus turned and saw them following, he said to them, "What are you looking for?" They said to him, "Rabbi" (which translated means Teacher), "where are you staying?" He said to them, "Come and see." They came and saw where he was staying, and they remained with him that day. It was about four o'clock in the afternoon. One of the two who heard John speak and followed him was Andrew, Simon Peter's brother. He first found his brother Simon and said to him, "We have found the Messiah" (which is translated Anointed). He brought Simon to Jesus, who looked at him and said, "You are Simon son of John. You are to be called Cephas" (which is translated Peter).
Reflection          In his novel, Stranger in a Strange Land, the writer Robert Heinlein coined the term “grok” which in common parlance means to intuitively grasp or understand, to be in rapport with the object of perception. But in his science fiction tale Heinlein’s usage of the word “grok” meant something more. Grok was the word used by Heinlein’s martians to describe the transcending experience of the ‘gorker’ and the ‘groked.’ The martians explain, as water becomes part of the drinker so does the drinker become part of the water. The sum of the two is greater than the individual parts and their realities are integral. “Behold...” There is something more.

John the Baptizer admits that even though he had been baptizing in anticipation of the one, the Messiah, who would come after him, “he did not know” who Jesus really was until he saw Jesus’ post baptism experience as an affirmation of his own conversation with God in which God told him, “He on whom you see the Spirit descend and remain is the one who baptizes with the Holy Spirit.” John “saw” something more, he groked the deeper meaning and recognized Jesus as “the Son of God.” Following his insight John’s preconceived notions of what a proper Messiah or Annointed One would look like fell away. Once the impediments to his vision were removed it was time for John to pass on his wisdom (and his followers) and so he instructs the two disciples, “Behold, here is the Lamb of God.” Pay attention. Things are not as they seem, the Messiah does not look like a regally clad king. There is more than meets the eye here.

The two disciples must have groked something more as well because when they “heard” Jesus they followed him. We will never know what Jesus said to attract their attention, but Jesus’ subsequent invitation to “come and see” resounds throughout the generations.

What does it mean to come and see? I believe “coming” means showing up, allowing ourselves to be present to the people or situation in which we are standing. “Seeing” is more than visual perception of persons or objects. It is penetrating to the meaning of or recognizing the identity of that which we perceive. In a sense, true seeing is not unlike Heinlein’s martians’ usage of the word “grok.” When we really “see” someone we experience rapport with them, an affinity that bespeaks our fundamental bond. When we grok someone we recognize there is something more than meets the eye and we experience a taste of the interconnected web of being.

From one person to another, the identity of Jesus, the revelation of God with us, is passed on until the interconnected web of humanity is fully illumined, which is to say, until every human being groks their union and unity in something more. Returning to the martians’ understanding of reality, the sum of the two is greater than the individual parts and their realities are integral. “Behold...” There is something more.

If you found this post meaningful please share it with friends by clicking on the icons below. Thank you.
Posted by Debra Asis at 10:19 AM 1 comment: