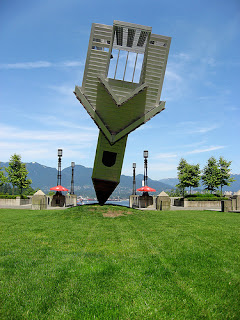 Luke 13:10-17
Now Jesus was teaching in one of the synagogues on the sabbath. And just then there appeared a woman with a spirit that had crippled her for eighteen years. She was bent over and was quite unable to stand up straight. When Jesus saw her, he called her over and said, "Woman, you are set free from your ailment." When he laid his hands on her, immediately she stood up straight and began praising God. But the leader of the synagogue, indignant because Jesus had cured on the sabbath, kept saying to the crowd, "There are six days on which work ought to be done; come on those days and be cured, and not on the sabbath day." But the Lord answered him and said, "You hypocrites! Does not each of you on the sabbath untie his ox or his donkey from the manger, and lead it away to give it water? And ought not this woman, a daughter of Abraham whom Satan bound for eighteen long years, be set free from this bondage on the sabbath day?" When he said this, all his opponents were put to shame; and the entire crowd was rejoicing at all the wonderful things that he was doing.
Reflection     What is truth? I ask that question because unless I know what is truth how will I know how to live? For the religious leader in Luke’s text truth was revealed in the Bible and involved lots of rules about purity, fasting and sabbath. According to his version of truth, a view he shared with the Jewish religious authorities of his time, in order to live a good, right and holy life one had to obey the rules, the religious codes as written in Liviticus and interpreted by religious officials. Then along came Jesus for whom truth had a somewhat different flavor.
Every time Jesus turned around he managed to break the rules and offend the authorities. He hung out with (even shared meals with) the wrong people, he ate the wrong foods without washing his hands, and he dared to cure people on the sabbbath. Jesus’ actions suggest that he was not bound by the priests’ elaborate holiness codes that originated some 600 years earlier in the temple in Jerusalem.  In fact, when some of the Pharisees (religious officials) asked, “Why are you doing what is not lawful to do on the sabbath?” (Luke 6.2) Jesus answered, “The son of man is Lord of the sabbath.” I read that as an ancient way of saying, “Your rules, your customs, have nothing to do with me when they prevent me from being merciful as my Father is merciful.”
Apparently Jesus understood truth to be a matter of perspective. Was the bent over woman a sociallly unacceptable cripple or a daughter of Abraham and full member of God’s family? Is the sabbath a day for withholding goodness or a day when even ox and donkeys require care? What is truth?
Humanity in the early stages of social and spiritual development needs straight lines drawn in the sand; e.g. This is  black, this is white. This is left, this is right. We know which side we stand on and have little tolerance for the other. This perspective works fairly well with children and mathmatics; fire burns therefore do not put your hand in it, five plus seven is eleven. Things are either correct or incorrect. Dualistic thinking is helpful... for a season. And then there is wisdom.
“For everything there is a season, and a time for every matter under heaven:
a time to be born, and a time to die;
a time to plant, and a time to pluck up what is planted;
a time to kill, and a time to heal;
a time to break down, and a time to build up;
a time to weep, and a time to laugh;
a time to mourn, and a time to dance;
a time to throw away stones, and a time to gather stones together;
a time to embrace, and a time to refrain from embracing;
a time to seek, and a time to lose;
a time to keep, and a time to throw away;
a time to tear, and a time to sew;
a time to keep silence, and a time to speak;
a time to love, and a time to hate;
a time for war, and a time for peace. “(Ecclesiastes 3.1-9)
Jesus embodies the inclusive wisdom of Ecclesiastes. The more simple, dualistic, externally oriented perspective of the religious officials may be a helpful starting place but was not sufficient for Jesus and is not sufficient for maturing Christians In our complex and rapidly changing world today. Jesus reminds us that the question we must ask is, “For whom is this true? “
Is the sabbath holy for a woman considered unclean and cast out of her community? Is the sabbath holy for a homeless family? For a high school student whose parents illegally entered the country when she was seven years old? For an elder person unable to receive adequate care? Is the sabbath holy for those who mourn? Those who are hated? Those whom we call enemy?
For Jesus truth is interior, personal and not relative. “Do to others as you would have them do to you... But love your enemies, do good, and lend, expecting nothing in return. Your reward will be great, and you will be children of the Most High; for he is kind to the ungrateful and the wicked. Be merciful, just as your Father is merciful.” (Luke 6,31,35-6) As Jesus did so must we dare to think differently about the world and our place in it. To do so we must stand on the shoulders of biblical revelation and reason and stretch into the unside-down world perspective modeled for us by Jesus.

If this message touches your imagination, please share it by clicking on any of the tabs below...
twitter, Facebook, google+   Thank you.
Posted by Debra Asis at 10:44 AM No comments: