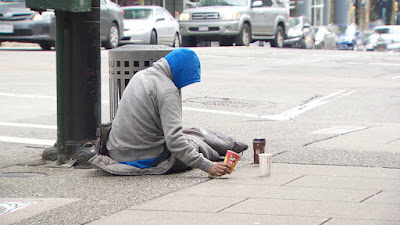 Matthew 2:1-12        In the time of King Herod, after Jesus was born in Bethlehem of Judea, wise men from the East came to Jerusalem, asking, "Where is the child who has been born king of the Jews? For we observed his star at its rising, and have come to pay him homage." When King Herod heard this, he was frightened, and all Jerusalem with him; and calling together all the chief priests and scribes of the people, he inquired of them where the Messiah was to be born. They told him, "In Bethlehem of Judea; for so it has been written by the prophet:
`And you, Bethlehem, in the land of Judah,
are by no means least among the rulers of Judah;
for from you shall come a ruler
who is to shepherd my people Israel.'"
Then Herod secretly called for the wise men and learned from them the exact time when the star had appeared. Then he sent them to Bethlehem, saying, "Go and search diligently for the child; and when you have found him, bring me word so that I may also go and pay him homage." When they had heard the king, they set out; and there, ahead of them, went the star that they had seen at its rising, until it stopped over the place where the child was. When they saw that the star had stopped, they were overwhelmed with joy. On entering the house, they saw the child with Mary his mother; and they knelt down and paid him homage. Then, opening their treasure chests, they offered him gifts of gold, frankincense, and myrrh. And having been warned in a dream not to return to Herod, they left for their own country by another road.

Reflection        Walking south on Shattuck on the East Side of the bay in Berkeley, California, heading toward Church Divinity School of the Pacific I lost count of the number of homeless people over or around whom I had to step. It was my first day in seminary. Before I arrived at the chapel for Morning Prayer I had given away my lunch and cash. Following a week of this heart wrenching ritual I went to my faculty advisor, The Rev. Dr. Louis Weil, and asked, “What shall I do?”

After duly acknowledging the gravity of the situation Louis counseled, “Choose one person, make them your person and take care of them.” Now you might think this would be easy, but how, oh how could I possibly choose one person out of the hundreds in need? Every day I walked, scanned the sidewalks, curbs and benches silently asking, “Are you my person?” Every day until the late afternoon I saw a star shining in the eyes of a man sitting on the sidewalk, back against the street sign outside the corner Blockbuster franchise. (For those who may not know, once upon a time people actually walked into brick and mortar shops like Blockbuster to rent videos!) I will call “my person”  Zeke.

I have no idea how I knew that I knew that Zeke was “my person,” but that is what epiphany is about. It is recognizing the divine in the world around us, in the people we encounter. And the natural response is to offer our gifts. Most days for the next three years I made my way to Zeke’s corner, offered a gift of cash or lunch, conversation, or help getting an id card and access to human services. Each time I looked into Zeke’s pacific eyes I recognized divinity therein and realized, I needed Zeke more than he needed me.  You see, Zeke always had the last word, pausing after each utterance to articulate his benediction, “God….bless…. you.”

Epiphany celebrates the journey of the wise bringing gifts to honor the Incarnation, the enfleshed presence of Divinity. Which begs several questions. Are we recognizing the presence of the Christ in the people around us? Are we being deceived by the rich and worldly? Are we seeing the Christ in the least, the lost and the lonely? Are we celebrating the revelation of Christ present by offering our gifts unselfishly?

If you found this post to be meaningful please share by clicking on icons below. Thank you.
Posted by Debra Asis at 10:14 AM No comments: