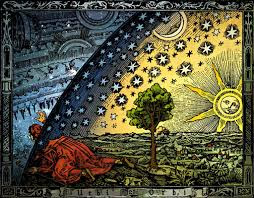 Luke 9:28-36       About eight days after Peter had acknowledged Jesus as the Christ of God, Jesus took with him Peter and John and James, and went up on the mountain to pray. And while he was praying, the appearance of his face changed, and his clothes became dazzling white. Suddenly they saw two men, Moses and Elijah, talking to him. They appeared in glory and were speaking of his departure, which he was about to accomplish at Jerusalem. Now Peter and his companions were weighed down with sleep; but since they had stayed awake, they saw his glory and the two men who stood with him. Just as they were leaving him, Peter said to Jesus, "Master, it is good for us to be here; let us make three dwellings, one for you, one for Moses, and one for Elijah"--not knowing what he said. While he was saying this, a cloud came and overshadowed them; and they were terrified as they entered the cloud. Then from the cloud came a voice that said, "This is my Son, my Chosen; listen to him!" When the voice had spoken, Jesus was found alone. And they kept silent and in those days told no one any of the things they had seen.

Reflection      Isn’t this what we all want… to peek behind the ‘veil,’ have a mountaintop experience, catch a glimpse of the unseen? When Moses descended from his forty day mountaintop experience Aaron and the Israelites saw “the skin of Moses face was shining… because he had been talking to God…” (Exodus 34.30,29) They saw beyond the ‘veil’ that separates humanity and divinity. Likewise, when Jesus took his companions “up the mountain to pray,” Peter, John and James, were awake and witnessed that “…while (Jesus) was praying, the appearance of his face changed, and his clothes became dazzling white…” The ‘veil’ separating humanity and divinity was lifted and the three disciples heard a voice from a cloud that left them speechless,  a fitting response to encountering the divine.

When we hear the story of Jesus’ transfiguration generally our attention is glued to the supernatural spectacle of neon Jesus glowing on a mountaintop.  If we reorient our attention to the disciples, our eyes are opened to see beyond the extraordinary to the presence of God with the ordinary. When, like the disciples, we wait with Jesus in prayer, our hearts and minds are open to see beyond the ‘veil’ and experience the transforming glory of God with us, with all of us, right here on earth.

As long as we allow our attention to be captured by the supernatural details of Jesus’ transfiguration story (arguing pro and con, did this really happen? is this hyperbole?) we hold the radically transforming power of the story safely at arms length. But when we choose to turn away from the noise and distractions of neon signs and debates, follow Jesus up the mountain and give our attention to God in prayer, there is every chance our hearts and minds will be opened to experience the radically transforming presence of God with us. I wonder if this is what Paul is thinking when he writes to the Corinthians, “And all of us, with unveiled faces, seeing the glory of the Lord as though reflected in a mirror, are being transformed into the same image from one degree of glory to another; for this comes from the Lord, the Spirit?” (2 Cor 3.18) The veil between humanity and divinity is torn. Nothing is hidden when we stay awake and follow Jesus.

If you found this post to be meaningful, please share by clicking on icons below. Thank you.
Posted by Debra Asis at 10:48 AM No comments: