Epistle and Gospel Texts for Sunday 19 May 2019 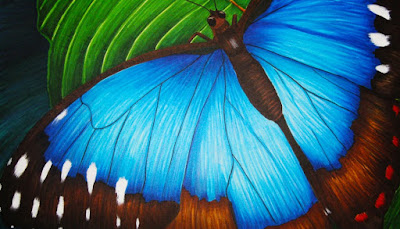 Acts 11:1-18        Now the apostles and the believers who were in Judea heard that the Gentiles had also accepted the word of God. So when Peter went up to Jerusalem, the circumcised believers criticized him, saying, "Why did you go to uncircumcised men and eat with them?" Then Peter began to explain it to them, step by step, saying, "I was in the city of Joppa praying, and in a trance I saw a vision. There was something like a large sheet coming down from heaven, being lowered by its four corners; and it came close to me. As I looked at it closely I saw four-footed animals, beasts of prey, reptiles, and birds of the air. I also heard a voice saying to me, `Get up, Peter; kill and eat.' But I replied, `By no means, Lord; for nothing profane or unclean has ever entered my mouth.' But a second time the voice answered from heaven, `What God has made clean, you must not call profane.' This happened three times; then everything was pulled up again to heaven.

At that very moment three men, sent to me from Caesarea, arrived at the house where we were. The Spirit told me to go with them and not to make a distinction between them and us. These six brothers also accompanied me, and we entered the man's house. He told us how he had seen the angel standing in his house and saying, `Send to Joppa and bring Simon, who is called Peter; he will give you a message by which you and your entire household will be saved.' And as I began to speak, the Holy Spirit fell upon them just as it had upon us at the beginning. And I remembered the word of the Lord, how he had said, `John baptized with water, but you will be baptized with the Holy Spirit.' If then God gave them the same gift that he gave us when we believed in the Lord Jesus Christ, who was I that I could hinder God?" When they heard this, they were silenced. And they praised God, saying, "Then God has given even to the Gentiles the repentance that leads to life."

John 13:31-35
At the last supper, when Judas had gone out, Jesus said, "Now the Son of Man has been glorified, and God has been glorified in him. If God has been glorified in him, God will also glorify him in himself and will glorify him at once. Little children, I am with you only a little longer. You will look for me; and as I said to the Jews so now I say to you, 'Where I am going, you cannot come.' I give you a new commandment, that you love one another. Just as I have loved you, you also should love one another. By this everyone will know that you are my disciples, if you have love for one another."given even to the Gentiles the repentance that leads to life."

Reflection        Something new is happening because the home of God is right here, right now, in this place, dwelling in us. The home of God is among us givers and takers, winners and losers, sinners and saviors, guardians and oppressors, star-gazers and pragmatists, Republicans and Democrats and none of the above. We are all born on a single white sheet let down in the heart of God. God is with us, all of us, and makes no distinctions.

This is really hard to swallow so we seek our friend Jesus’ counsel during our last supper together asking, “How can we live like this?” Jesus answers, “Just as I have loved you, you also should love one another…”

Isn’t it interesting, Jesus does not find it necessary to spin extensive commentary about what to believe? Not a word about the hypostatic union of his dual divine and human nature, no mention of the essential ousia of his being in God.  Jesus merely shows us how to live, “Just as I have loved you, you should love one another.” This is the difference between orthodoxy, right belief,  and orthopraxy, right behavior, right living.

Orthodoxy gives us propositional statements of faith or doctrine to believe and profess in order to be identified with a particular religious group. Orthodoxy defines us and them, who is in and who is out. Orthopraxy shows us how to live in right relationship with God and with all people, making no distinctions.  Everyone is in. Orthodoxy slices and dices and makes things complicated. Orthopraxy cuts to the bottom line.

There is a story in the Talmud, a central teaching text in Judaism, about two rabbis and a gentile (non-jew). The gentile comes to the rabbis and says, “I will convert to Judaism if you recite the entire Torah while standing on one foot? The first rabbi turns beet red, he is infuriated. “What are you thinking? So who could do such a thing?”  And he stomps away enraged. The second rabbi balances on one foot and says, “That which is hateful to you, do not do to your neighbors. That is the whole Torah. So the rest of it,  is commentary.”  The gentile is immediately converted. (Starr, Mirabai, “God of Love,” p110)    Let me suggest, this is the something new. The new song,  the new creation and it is not complicated.

The new, old thing is orthopraxy, returning to the first century Jesus movement and learning to love without distinction.  So let me ask you, can you recite the entire scripture standing on one foot? If you can, the world will be converted.

If you found this post  to be meaningful, please share by clicking on icons below. Thank you.
Posted by Debra Asis at 5:30 AM No comments: