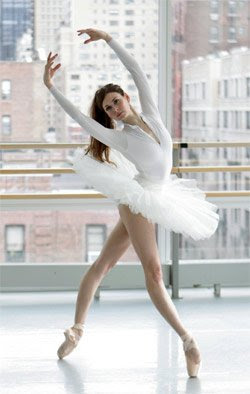 Reflection         I remember being about twelve years old, standing in the reception area of my ballet class dance studio and overhearing my dance teacher’s side of a telephone conversation. “Yes, we do have one student, maybe two. Tall, slender, possible candidates. That would be lovely. No, none of the others.”

I, the tiny one; short and rather more solid than slender, felt gut punched. There is no way I am a “possible candidate” for whatever it is my teacher is talking about. By grace somehow I understood that in spite of my love of the ballet, I was not given sufficient talents to be the prima ballerina I imagined. Not long thereafter I decided I would focus on what I actually was good at, science and english, analyzing and writing.

An early stage of human development demands we take honest stock of who we are, assess and acknowledge our talents and then decide how we will make the most of them. This I believe is the message Jesus intends for his disciples in the parable of the slaves entrusted with their masters talents.

If the man of means going on a journey represents God, then the disciples and all of us are the slaves, each given different talents and set free to determine how we will use, misuse or fail to use them. And here is the thing. We are each given different talents and the opportunity to employ them. We are not intended to contend with one another over talents we do not have. We are not all intended to be and to do the same thing. Rather, we are intended to accept our God given gifts and make the most of them.

For reasons I cannot fathom, but certainly appreciate, my twelve year old self did not decide to hang in there and compete with the tall, slender ballerina types for a role for which I was not suited. Instead somehow I accepted the fact that I was more of a bookworm, a nerd, so reset my sights on being what I was naturally good at.

Long before I heard about ‘gifts of the Spirit’ somehow by grace I was inclined to cooperate with what was given to me. I believe this spared me years of “weeping and gnashing of teeth” in what could have been my outer darkness, madly striving to be the long, lithe, prima ballerina of the New York City Ballet.

Posted by Debra Asis at 9:01 AM No comments: