Gospel text for the Annunciation 17 March 2018 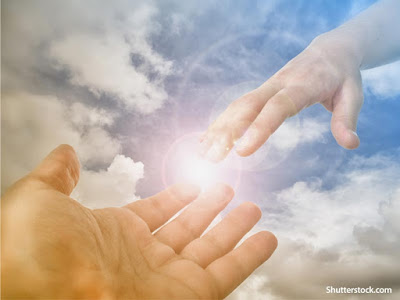 Luke 1:26-38        In the sixth month the angel Gabriel was sent by God to a town in Galilee called Nazareth, to a virgin engaged to a man whose name was Joseph, of the house of David. The virgin's name was Mary. And he came to her and said, "Greetings, favored one! The Lord is with you." But she was much perplexed by his words and pondered what sort of greeting this might be. The angel said to her, "Do not be afraid, Mary, for you have found favor with God. And now, you will conceive in your womb and bear a son, and you will name him Jesus. He will be great, and will be called the Son of the Most High, and the Lord God will give to him the throne of his ancestor David. He will reign over the house of Jacob forever, and of his kingdom there will be no end." Mary said to the angel, "How can this be, since I am a virgin?" The angel said to her, "The Holy Spirit will come upon you, and the power of the Most High will overshadow you; therefore the child to be born will be holy; he will be called Son of God. And now, your relative Elizabeth in her old age has also conceived a son; and this is the sixth month for her who was said to be barren. For nothing will be impossible with God." Then Mary said, "Here am I, the servant of the Lord; let it be with me according to your word." Then the angel departed from her.

Reflection     How willing are we to affirm, “Here I am, the servant of the Lord; let it be with me according to your word?” After all, this is saying, “Yes, yes,” to certain uncertainty. It is saying, “ Yes, yes,” knowing that the things that frighten us most are likely to happen to us. This is where we squint and wonder, can we find our confidence in the angel’s proclamation,“Do not be afraid, for you have found favor with God?” This is where we wrestle with the question, “Is it possible that God finds favor even with me?”

As an unapologetic human who has tripped over more stumbling blocks and succumbed to more temptations than I care to recount, I must confess I was and to a great degree still am, shocked to experience God’s favor. For decades I refused to utter the word G-O-D because it represented all that I rejected; intolerance, injustice, inequity, condemnation and punishment. A distant deity preoccupied with my impending transgressions had no gravity with me.

To say that I was stunned when a warm and consolatory God arose from the depths of my cadaverous dark night does not begin to translate my metamorphosis. Suffice to say, because of God’s favor toward me, I said, “Here I am,” and today I am a priest in God’s church - and still stunned by my transfiguration.

Last week when Arizona’s retired Episcopal Bishop Kirk Smith introduced the Presiding Bishop Curry to a church full of clergy, Smith referenced the now famous sermon that Curry preached at the wedding of Prince Harry and Meghan Markle. (Did you know that more people have listened to that sermon than any other sermon in history?) Being the unpretentious extrovert that he is, Curry explained that he was stunned by the enormous response and initially confounded. Until he realized, people from across the globe where astonished to hear a Christian speak of love. The narrative about Christians, at least in the US today is, Christians are angry, loud and exclusionary people who engage in hate group activity against abortion and LGBTQ people. Christians are inordinately concerned with deciding who will or will not get to heaven. This is the way Curry summarized it, “The dominant way Christianity is seen in the culture is not the way of love.”

Like me, too many people hear this message about God and Christianity, have no use for it and turn away. How can folks believe God has found favor with them when the people (read clerics and other leaders) who speak for God’s Church express hostility, prejudice and malevolence toward them?

Looks like those of us who have encountered a God of love, forgiveness and inclusion without exception need to stand up and give voice to this version of God in the world. Of course, the prospect is unnerving if we think we have to rely upon ourselves to speak up. But the good news is, we don’t have to put our faith in ourselves to find the efficacious words and the salient moments. All we have to do is say,”Yes, here I am Lord, let it be with me according to YOUR WORD,” and there we have it.

The Word God is with us. We can depend on it. The Word God enables us to do all things and to renew all things.   The Word God with us empowers us to show the world that our God is God of mercy, compassion, justice and peace.  Do not be afraid. God has found favor with you.