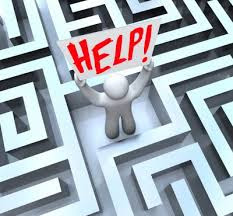 Mark 1:14-20        After John was arrested, Jesus came to Galilee, proclaiming the good news of God, and saying, “The time is fulfilled, and the kingdom of God has come near; repent, and believe in the good news.”
As Jesus passed along the Sea of Galilee, he saw Simon and his brother Andrew casting a net into the sea—for they were fishermen. And Jesus said to them, “Follow me and I will make you fish for people.” And immediately they left their nets and followed him. As he went a little farther, he saw James son of Zebedee and his brother John, who were in their boat mending the nets. Immediately he called them; and they left their father Zebedee in the boat with the hired men, and followed him.

Reflection      Paul warns the new church in Corinth, “For the present form of this world is passing away.” (I Cor 7.31)  But no one warned Simon and Andrew, James and John when they put down their nets and followed Jesus of the apocalyptic change they would face. Paul is spot one, when we choose to follow the Way of Jesus, life as we have known it passes away. It is apocalyptic and no wonder that two thousand years later so few of us have been able to respond “immediately” as did the four famous fishermen who quit their jobs by the Sea of Galilee when Jesus called to them.

Most of us are more like Jonah. When the Word of the Lord came to Jonah, he tried to run away from “the presence of the Lord.” He found a ship, got on board and before long the ship was ravaged by a great storm. The seamen figured out that the storm was likely the result of Jonah trying to “flee the presence of the Lord,” so they decided to toss him overboard, which indeed quelled the storm for them but Jonah’s trial was not over. Jonah was swallowed by a large fish where he lived for three days and “as his life was ebbing away (he) remembered the Lord, and (his) prayer came to (God), into (God’s) holy temple.” (Paraphrase Jonah 1 & 2)

It took a shipwreck and three more days for Jonah to figure out that by turning away from the presence of the Lord he set himself up for disaster. Finally he turned around, Jonah called out to the Lord in his distress, and he was saved. What does it take for us to turn around and set down the nets of life as we have known it to follow the Way of the Lord? How much must we suffer before we say, “Uncle” and admit our dependence on the presence of God with us?

The lives that we cling to are like a fisherman’s net, full of holes and more than enough string to get ourselves all tangled up. What will it take for us to set our old lives down and believe “The time is fulfilled, and the kingdom of God has come near?” How much suffering must we endure before we decide to turn around, to change our minds and our lives?


If you found this post to be meaningful please share by clicking on icons below. Thank you.
Posted by Debra Asis at 10:12 AM No comments: