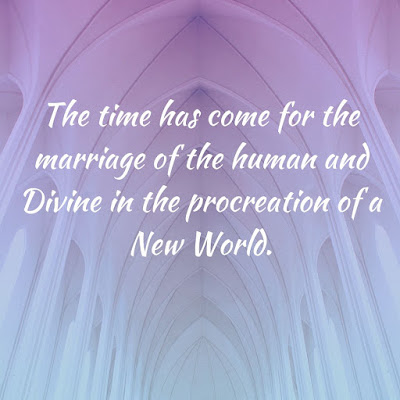 In the sixth month the angel Gabriel was sent by God to a town in Galilee called Nazareth, to a virgin engaged to a man whose name was Joseph, of the house of David. The virgin’s name was Mary. And he came to her and said, ‘Greetings, favoured one! The Lord is with you.’ But she was much perplexed by his words and pondered what sort of greeting this might be. The angel said to her, ‘Do not be afraid, Mary, for you have found favour with God. And now, you will conceive in your womb and bear a son, and you will name him Jesus. He will be great, and will be called the Son of the Most High, and the Lord God will give to him the throne of his ancestor David. He will reign over the house of Jacob for ever, and of his kingdom there will be no end.’ Mary said to the angel, ‘How can this be, since I am a virgin?’ The angel said to her, ‘The Holy Spirit will come upon you, and the power of the Most High will overshadow you; therefore the child to be born will be holy; he will be called Son of God. And now, your relative Elizabeth in her old age has also conceived a son; and this is the sixth month for her who was said to be barren. For nothing will be impossible with God.’ Then Mary said, ‘Here am I, the servant of the Lord; let it be with me according to your word.’ Then the angel departed from her.

Reflection       A teenage peasant girl of unremarkable lineage living among some one hundred and fifty people in a tiny farming village far away from any well traveled trade routes is visited by an angel.*  When the angel arrives this girl whom we know as Mary is not in a temple and as far as we know she is not even praying. So it is no wonder Mary is “much perplexed” when the angel says, “Greetings, favoured one! The Lord is with you.”
Think about that moment. How would you feel if on an ordinary day you are standing in your kitchen, maybe you have just spread some almond butter on toast or ate some ice cream right out of the carton, when from the depths of your being you “hear,” “Greetings, favoured one! The Lord is with you.”
Would you be like Zachariah who also had an angelic encounter? You may recall the story. Zachariah, a priest, is serving at the incense altar inside the Holiest part of the temple when the angel Gabriel appears. “When Zechariah saw him, he was terrified; and fear overwhelmed him. But the angel said to him, ‘Do not be afraid, Zechariah, for your prayer has been heard. Your wife Elizabeth will bear you a son, and you will name him John. You will have joy and gladness, and many will rejoice at his birth, for he will be great in the sight of the Lord.” (Luke 1.12-15) Would you be so terrified and overwhelmed that you would be dumbstruck and speechless as Zachariah? The story continues and Zachariah is mute until the day the child is born, thereby proving the angel’s promise. Then Zachariah finally speaks the child’s name “John.” (Luke 1.20)
Or, would you be more like Mary, standing and startled in her humble home? Perplexed by the angelic promise, Mary pauses and ponders, she goes deep inside her soul and asks, “How can this be?” Then apprehending angelic assurance in the depths of her being, “For nothing will be impossible with God,” Mary consents with uncommon faith. “Here am I, the servant of the Lord; let it be with me according to your word.”
Here is the thing. The incarnation we celebrate at Christmas requires not only the mysterious work of the Holy Spirit, but also the consent of the ordinary peasant girl Mary. Mary could have said, “I must have had too much wine and now  it is making me hear an angel’s voice and have crazy thoughts. Surely my imagination is running away with me. I am just an ordinary girl. Great things are not meant for me.”
Mary could have reacted as did Zachariah and been silenced by  terror and disbelief. Or, Mary could have simply said, “No. There is no way I can consent to be being unwed and pregnant. Do you not understand, I could be stoned to death?”
But Mary rises to the occasion and accepts the angel’s staggering annunciation. “Let it be with me according to your word.” And so begins the intimate dance of humanity and divinity. Mary consents to the seed of divinity planted in her womb and from that moment on it is clear, nothing, no calamity, humiliation or mishap, no sickness, struggle, sacrifice not even death can separate humanity from divinity, because God is with us and we affirm the angel’s promise, “Nothing will be impossible with God.”
In the dark mid winter we listen to the angel of God saying, “Do not be afraid. The Lord is with you. And now, in the center of your being you will conceive the Christ child, the light that transforms the darkness. And your light will be the light of the world and you will help to bring about the kingdom of God on earth by revealing God’s love in your light every day.”


*https://www1.cbn.com/BibleArcheology/archive/2010/12/19/five-things-you-didnt-know-about-nazareth
Posted by Debra Asis at 1:49 PM No comments: