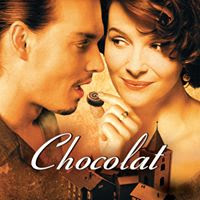 John 1:29-42        John saw Jesus coming toward him and declared, “Here is the Lamb of God who takes away the sin of the world! This is he of whom I said, ‘After me comes a man who ranks ahead of me because he was before me.’ I myself did not know him; but I came baptizing with water for this reason, that he might be revealed to Israel.” And John testified, “I saw the Spirit descending from heaven like a dove, and it remained on him. I myself did not know him, but the one who sent me to baptize with water said to me, ‘He on whom you see the Spirit descend and remain is the one who baptizes with the Holy Spirit.’ And I myself have seen and have testified that this is the Son of God.”

The next day John again was standing with two of his disciples, and as he watched Jesus walk by, he exclaimed, “Look, here is the Lamb of God!” The two disciples heard him say this, and they followed Jesus. When Jesus turned and saw them following, he said to them, “What are you looking for?” They said to him, “Rabbi” (which translated means Teacher), “where are you staying?” He said to them, “Come and see.” They came and saw where he was staying, and they remained with him that day. It was about four o’clock in the afternoon. One of the two who heard John speak and followed him was Andrew, Simon Peter’s brother. He first found his brother Simon and said to him, “We have found the Messiah” (which is translated Anointed). He brought Simon to Jesus, who looked at him and said, “You are Simon son of John. You are to be called Cephas” (which is translated Peter).

Reflection        Some of the most heartbreaking moments for me as a priest are when people come to me, head down and eyes diverted explaining, “I was raised Roman Catholic (or Protestant or _______) and no matter what I tell myself I cannot get past the feeling that I am a sinner. Fundamentally something feels wrong with me. I hear you speak of Original Blessing and that each one of us is a unique revelation of Divine presence and want to believe it but I cannot get past the feeling of my unworthiness.”

The delectable film “Chocolat” portrays this dilemma beautifully. The church folks in a rural French town are steeped in moral judgments and repressed desires whereas Vianne, a new woman in town who opens her  Chocolateria at the same time the season of Lent is beginning and invites people to enjoy the sights and smells and tastes of creation is deemed a vulgar sinner to be shunned. It is no wonder so many people leave the institutional church. Who wants to give up chocolate! Who wants to be a sinner!

Historically, well intentioned theologians were faced with trying to explain why Jesus, the Son of God, exemplar of faith and revelation of Divine Presence on earth had to die, particularly, why this utterly innocent man had to suffer and die such a horrific death. Some explanations include; Jesus was the ransom paired to free humanity or satisfy humanity’s debt to God, to Jesus was the perfect substitutionary sacrifice to God for all of humanity’s sins, to Jesus was a scapegoat onto which the sins of humanity was piled and then he alone needed to be sacrificed.

But I say, Jesus is neither a scapegoat nor was he born so that he could die as payment for the sin of humanity. Jesus is the lamb of God come to reveal that God is always with us, even when we turn away or imagine we are separated. To the question, “Should not someone as pure and innocent as Jesus be exempt from the human conditions of suffering and death?” the answer is a resounding, “No.”

The wise men from the East knew it when they recognized the infant Jesus as human, divine and utterly fragile destined to die and thus offered their revelatory gifts of gold, frankincense and myrrh. If we adopt the spiritual vision of the wise we too will see that every infant, every person is human, divine and utterly fragile destined to die. Divinity is not separate from humanity. Divinity does not portend absence of suffering and death. Jesus is the lamb of God revealing God is with us regardless of our circumstance. Neither bloody sacrifice nor rigid abstinence from the delights of life is required to be in right relationship with God. In fact, Jesus shows us the way of enjoying good wine with friends and breaking bread with strangers. This is right relationship.

Posted by Debra Asis at 8:47 AM No comments: