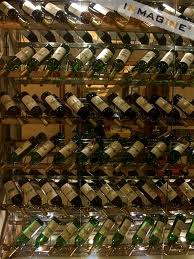 John 2:1-11          On the third day there was a wedding in Cana of Galilee, and the mother of Jesus was there. Jesus and his disciples had also been invited to the wedding. When the wine gave out, the mother of Jesus said to him, "They have no wine." And Jesus said to her, "Woman, what concern is that to you and to me? My hour has not yet come." His mother said to the servants, "Do whatever he tells you." Now standing there were six stone water jars for the Jewish rites of purification, each holding twenty or thirty gallons. Jesus said to them, "Fill the jars with water." And they filled them up to the brim. He said to them, "Now draw some out, and take it to the chief steward." So they took it. When the steward tasted the water that had become wine, and did not know where it came from (though the servants who had drawn the water knew), the steward called the bridegroom and said to him, "Everyone serves the good wine first, and then the inferior wine after the guests have become drunk. But you have kept the good wine until now." Jesus did this, the first of his signs, in Cana of Galilee, and revealed his glory; and his disciples believed in him.
Reflection       There were between 120 and 180 gallons of fine wine, which translates into somewhere between 1,920 and 2,880 eight ounce glasses of wine. That’s how much wine replaced the emptiness at the wedding in Cana.  Why in the world did Jesus offer such an incredibly extravagant response to the need for more wine at the wedding? Why didn’t he offer just enough to satisfy the guests? And why did he provide better wine than that to which the wedding guests were accustomed?
I beleive the insufficiency of wine at the wedding feast makes a fundamental statement about our human condition. We are lacking. We are lacking in communion with the Divine. We are lacking in the joy symbolized by a wedding feast. Jesus’ mother recognizes this lack and prevails upon the divine nature of her son to respond to human need. Jesus, being Jesus, responds according to his own will. That’s the reason for his rather rude reply to his mother, “Woman what concern is that to you and me?” But when the deep human compassion of Mary is joined (in communion) with the divine creating power and presence of Jesus the abundance of wine, joy and blessing is beyond imagining, hence 2,000 plus glasses of fine wine!
This is the beginning of Jesus’ ministry, the beginning of the revelation of the Logos, the Word God, replacing human lack with divine abundance. Throughout John’s gospel Jesus provides “signs” that reveal ‘his glory.” Jesus’ glory is the revelation of divinity abundantly present on earth. The wedding feast, the joining of the human and the Divine, is right here, right now. The communion of humanity and Divinity is not deferred to a later date or some distant heavenly abode. In sign after sign in John’s gospel Jesus overwhelmingly responds to human need or lack; healing the sick, the blind, the lame, feeding the hungry masses. Abundance is the fruit of relationship between humanity and divinity.
The wedding in Cana represents the marriage of humanity and divinity and the abundance of communion (wine or joy) born of that union. In this sacred union human need or emptiness is abundantly satisfied. And more than that, the extravagant fruit of this communion is better than us humans could ever expect. It is much better wine than we are accustomed to sipping.
Posted by Debra Asis at 10:31 AM No comments: