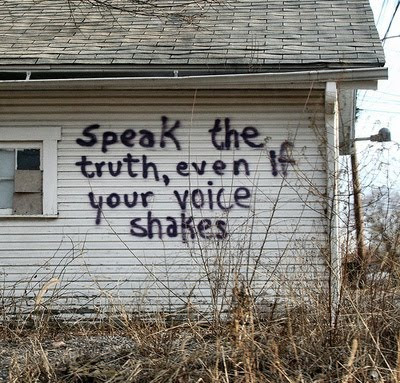 Mark 6:14-29        King Herod heard of Jesus and his disciples, for Jesus’ name had become known. Some were saying, “John the baptizer has been raised from the dead; and for this reason these powers are at work in him.” But others said, “It is Elijah.” And others said, “It is a prophet, like one of the prophets of old.” But when Herod heard of it, he said, “John, whom I beheaded, has been raised.”

For Herod himself had sent men who arrested John, bound him, and put him in prison on account of Herodias, his brother Philip’s wife, because Herod had married her. For John had been telling Herod, “It is not lawful for you to have your brother’s wife.” And Herodias had a grudge against him, and wanted to kill him. But she could not, for Herod feared John, knowing that he was a righteous and holy man, and he protected him. When he heard him, he was greatly perplexed; and yet he liked to listen to him. But an opportunity came when Herod on his birthday gave a banquet for his courtiers and officers and for the leaders of Galilee. When his daughter Herodias came in and danced, she pleased Herod and his guests; and the king said to the girl, “Ask me for whatever you wish, and I will give it.” And he solemnly swore to her, “Whatever you ask me, I will give you, even half of my kingdom.” She went out and said to her mother, “What should I ask for?” She replied, “The head of John the baptizer.” Immediately she rushed back to the king and requested, “I want you to give me at once the head of John the Baptist on a platter.” The king was deeply grieved; yet out of regard for his oaths and for the guests, he did not want to refuse her. Immediately the king sent a soldier of the guard with orders to bring John’s head. He went and beheaded him in the prison, brought his head on a platter, and gave it to the girl. Then the girl gave it to her mother. When his disciples heard about it, they came and took his body, and laid it in a tomb.

Reflection      Here is an interesting twist. Both men in this story know truth. John knows Jewish law forbids a man from marrying his brother’s wife. Herod knows John is a righteous and holy man and even likes listening to him speak. What distinguishes John from Herod is not their access to truth but rather their willingness to act on it.
When we dig deep down to the bottom of our souls we know what is right, what it true, even though sometimes we must plow through dung and dross to get there. So the question is, “What does it take to stand up, speak and act on truth?” I believe it requires two things. First we put our faith in God with us rather than in ourselves. If I believed doing this life was up to me alone I would wrap myself in cotton and lock me in a closet. But thanks be to God I know, God is with me no matter what. Second, as people of God we acknowledge there are standards by which we measure our behavior. Does our behavior demonstrate love of God, our neighbor, our enemy? Do our words and our actions lead us toward greater or lesser good for all people?
Speaking and acting on truth is not neutral. Regardless that social, political and religious  pundits proclaim we live in a “post-truth” context, not all perspectives, positions or actions proceed toward good. As Christians we understand truth is both deeply personal and broadly communal.  Deeply personal because the deepest truth of our self is not other than that of Divine Presence with us. AND  Broadly communal because we affirm the interconnected, interdependence of all creatures and creation. Life is about me and life is about more than me.
It take courage to change not only our minds, but also to act decisively to change the course of events. In a grandstanding moment Herod made a regrettable and ill conceived promise. Full of himself he failed to see his vulnerability to Herodias’ special interest.  Then refusing to appear handled, he chose to act against what he knew was true, and was “deeply grieved.”
John the Baptizer also faced a choice. Would he keep his mouth shut about Herod’s adulterous relationship and thus protect himself or would he speak truth to power? John chose the latter and we know where it got him because acting on truth exposes human failings and upsets the status quo.
We dare not get so cynical or news weary, discouraged or afraid that we exchange our standards of truth and right action for the handling and false promises of special interest groups or self-serving governors. It takes courage to speak and act on truth, courage to change the course of events because when we do there is every chance, we will be handed our heads on a platter. So act now!
If you found this post interesting you may want to attend
“Moving Prayer into Action,”
a forum at Church of the Apostles, on Sunday July 15th at 10:45 am where we will hear stories of oppression, persecution and marginalization from our Muslim, Mexican, Sikh, and Holocaust Surviving neighbors and learn about ways we can put our prayers into action to change the course of events.
All are welcome to attend. 12111 N La Cholla Blvd, Oro Valley, AZ


Thank you for sharing this post by clicking on the icons below.
Posted by Debra Asis at 11:12 AM 1 comment: