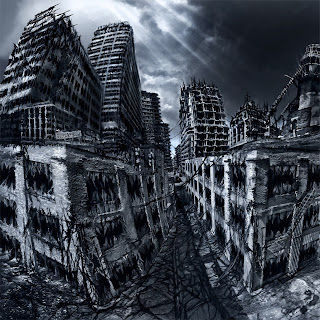 John 20:1-18     Early on the first day of the week, while it was still dark, Mary Magdalene came to the tomb and saw that the stone had been removed from the tomb. So she ran and went to Simon Peter and the other disciple, the one whom Jesus loved, and said to them, "They have taken the Lord out of the tomb, and we do not know where they have laid him." Then Peter and the other disciple set out and went toward the tomb. The two were running together, but the other disciple outran Peter and reached the tomb first. He bent down to look in and saw the linen wrappings lying there, but he did not go in. Then Simon Peter came, following him, and went into the tomb. He saw the linen wrappings lying there, and the cloth that had been on Jesus' head, not lying with the linen wrappings but rolled up in a place by itself. Then the other disciple, who reached the tomb first, also went in, and he saw and believed; for as yet they did not understand the scripture, that he must rise from the dead. Then the disciples returned to their homes.
But Mary stood weeping outside the tomb. As she wept, she bent over to look into the tomb; and she saw two angels in white, sitting where the body of Jesus had been lying, one at the head and the other at the feet. They said to her, "Woman, why are you weeping?" She said to them, "They have taken away my Lord, and I do not know where they have laid him." When she had said this, she turned around and saw Jesus standing there, but she did not know that it was Jesus. Jesus said to her, "Woman, why are you weeping? Whom are you looking for?" Supposing him to be the gardener, she said to him, "Sir, if you have carried him away, tell me where you have laid him, and I will take him away." Jesus said to her, "Mary!" She turned and said to him in Hebrew, "Rabbouni!" (which means Teacher). Jesus said to her, "Do not hold on to me, because I have not yet ascended to the Father. But go to my brothers and say to them, `I am ascending to my Father and your Father, to my God and your God.'" Mary Magdalene went and announced to the disciples, "I have seen the Lord"; and she told them that he had said these things to her.

Reflection     Mary Magdalene was Jesus’ devoted friend and disciple. She followed him to Jerusalem, was there for his triumphal entry and humiliating departure. She stood at the foot of his cross and was the first to discover Jesus’ empty tomb. When Peter and the other disciple came and confirmed that Jesus’ body was gone, they “returned to their homes.” But Mary, alone, waited outside the empty tomb - weeping.
For Mary everything was lost, still she did not turn away. She allowed herself to stand in the depth and breadth of emptiness. Mary consented to her desolation and succumbed to the anguish of her loss of connection with her beloved teacher and friend. She looked into the emptiness and she wept. I’m afraid I would be more like Peter and the other disciple. “This is too disturbing. I don’t understand and have no idea what to do. I can’t bear this. I just want to get out of here, go home, have a glass of wine and bury my head under a pillow.”

But Mary did not run away from the desolation of the empty tomb. I believe Mary has something to teach us about navigating the inevitable moments of desolation in our lives. Stay with them. Stand in them. Weep and wait and wonder. Look into the emptiness. And wait. Wait and weep and wonder until from the midst of darkness a glimpse of consolation dawns and we encounter the ineffable Presence of God.

Mary remained at the empty tomb. She did not turn away from the place of desolation. She did not return home, to the way things used to be. Mary waited at the gapping hole of the empty tomb. She waited and wept and wondered until a glance of consolation arose in her emptiness. This I believe; at the heart of desolation is the seed of consolation if only we stay present and alert to recognize it’s Presence. This is what Easter is about, light rising our of the unspeakable darkness.

Posted by Debra Asis at 7:20 PM No comments: