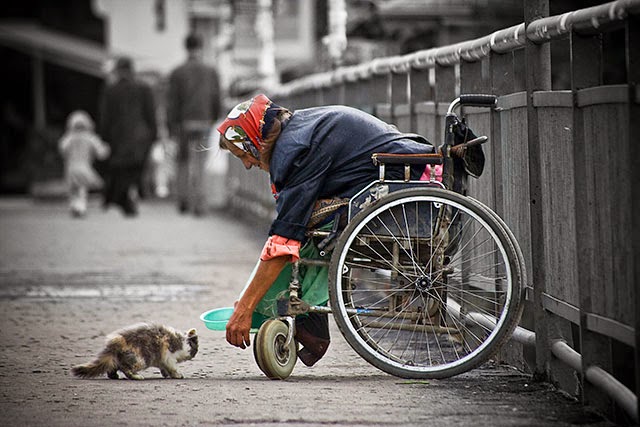 Matthew 22:15-22       The Pharisees went and plotted to entrap Jesus in what he said. So they sent their disciples to him, along with the Herodians, saying, "Teacher, we know that you are sincere, and teach the way of God in accordance with truth, and show deference to no one; for you do not regard people with partiality. Tell us, then, what you think. Is it lawful to pay taxes to the emperor, or not?" But Jesus, aware of their malice, said, "Why are you putting me to the test, you hypocrites? Show me the coin used for the tax." And they brought him a denarius. Then he said to them, "Whose head is this, and whose title?" They answered, "The emperor's." Then he said to them, "Give therefore to the emperor the things that are the emperor's, and to God the things that are God's." When they heard this, they were amazed; and they left him and went away.
Reflection       We live in a world with two economies, the world’s economy of exchange and God’s economy of gift.  In the economy of exchange we work for money that we trade for things we prefer not to work for; we exchange money for roads we do not build or maintain, money for food someone else grew, caught or butchered. The exchange economy is  real,  it is important, and it is not God’s economy. It is not the economy of the Church.
God’s economy, the Church’s economy, is a gift economy. In the gift economy we understand that all that we have is gift, which includes the skills, talents, intellect and physical capacity to trade our work for money in the exchange economy. All that we have and all that we are is gift, unearned, undeserved gift. As we wrap our minds and hearts around the biggness of our gifts we begin to see that in every area of our lives, including our money, we are stewards, stewards of the gifts given to us by God.
This makes me think of Matthew’s parable of the vineyard owner who paid everyone a full day’s wage, even those workers who did not show up until 5pm. You may recall what happened. Those who had labored a full day grumbled when those who had labored not at all received the same full days wage. The grumblers were living according to the world’s economy of exchange and the vineyard owner was living in accord with God’s ecomomy of gift; he replied, “Are you envious because I am generous?” (Matt 20.15)
How are we to respond to such unspeakable generosity? By being envious that some receive more? Or, by being grateful for the life and the breathe and the being we are given in God’s economy? Do we live as if it is all about the economy of exchange and cling to everything we have? Or do we live by faith in God’s economy, freely giving back to God all that we are given? I believe the question Matthew’s gospel invites each of us to ask is this; “Lord, how are you inviting me to respond to your generosity in my life?”


If you found this post to be meaningful, please share with friends by clicking on icons below. Thank you!
Posted by Debra Asis at 12:23 PM No comments: