Gospel text for Sunday of the Passion 25 March 2018 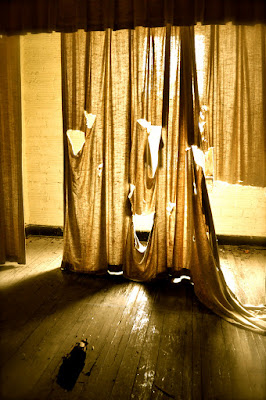 Mark 15.1-39         As soon as it was morning, the chief priests held a consultation with the elders and scribes and the whole council. They bound Jesus, led him away, and handed him over to Pilate. Pilate asked him, “Are you the King of the Jews?” He answered him, “You say so.” Then the chief priests accused him of many things. Pilate asked him again, “Have you no answer? See how many charges they bring against you.” But Jesus made no further reply, so that Pilate was amazed.

Now at the festival he used to release a prisoner for them, anyone for whom they asked. Now a man called Barabbas was in prison with the rebels who had committed murder during the insurrection. So the crowd came and began to ask Pilate to do for them according to his custom. Then he answered them, “Do you want me to release for you the King of the Jews?” For he realized that it was out of jealousy that the chief priests had handed him over. But the chief priests stirred up the crowd to have him release Barabbas for them instead. Pilate spoke to them again, “Then what do you wish me to do with the man you call the King of the Jews?” They shouted back, “Crucify him!” Pilate asked them, “Why, what evil has he done?” But they shouted all the more, “Crucify him!” So Pilate, wishing to satisfy the crowd, released Barabbas for them; and after flogging Jesus, he handed him over to be crucified.

Then the soldiers led him into the courtyard of the palace (that is, the governor’s headquarters); and they called together the whole cohort. And they clothed him in a purple cloak; and after twisting some thorns into a crown, they put it on him. And they began saluting him, “Hail, King of the Jews!” They struck his head with a reed, spat upon him, and knelt down in homage to him. After mocking him, they stripped him of the purple cloak and put his own clothes on him. Then they led him out to crucify him.
They compelled a passer-by, who was coming in from the country, to carry his cross; it was Simon of Cyrene, the father of Alexander and Rufus. Then they brought Jesus to the place called Golgotha (which means the place of a skull). And they offered him wine mixed with myrrh; but he did not take it. And they crucified him, and divided his clothes among them, casting lots to decide what each should take.

It was nine o’clock in the morning when they crucified him. The inscription of the charge against him read, “The King of the Jews.” And with him they crucified two bandits, one on his right and one on his left. Those who passed by derided him, shaking their heads and saying, “Aha! You who would destroy the temple and build it in three days, save yourself, and come down from the cross!” In the same way the chief priests, along with the scribes, were also mocking him among themselves and saying, “He saved others; he cannot save himself. Let the Messiah, the King of Israel, come down from the cross now, so that we may see and believe.” Those who were crucified with him also taunted him.

When it was noon, darkness came over the whole land until three in the afternoon. At three o’clock Jesus cried out with a loud voice, “Eloi, Eloi, lema sabachthani?” which means, “My God, my God, why have you forsaken me?” When some of the bystanders heard it, they said, “Listen, he is calling for Elijah.” And someone ran, filled a sponge with sour wine, put it on a stick, and gave it to him to drink, saying, “Wait, let us see whether Elijah will come to take him down.” Then Jesus gave a loud cry and breathed his last. And the curtain of the temple was torn in two, from top to bottom. Now when the centurion, who stood facing him, saw that in this way he breathed his last, he said, “Truly this man was God’s Son!”

Reflection       Each one of our stories is a variation on the theme of Jesus’ story. Some of us were planned from birth, others, not so much. Some were welcomed to the world with gifts, (if not frankincense and myrrh, perhaps a silver spoon) others driven into hiding. All of us encounter “other” people; the sick, wealthy, poor, wise, powerful, weak, fearful, bold. A few of us have friends who really know who we are but most people only think they do. We have families who love us and misjudge us; civil and religious officials who try to tell us who and how we ought to be. And, if we dare to pick up our cross and live our lives by faith rather than fear, if we dare to strive for love and compassion rather than power and privilege, there is every chance we will be misunderstood, hated, persecuted and likely hear ourselves cry out, “My God, my God, why have you forsaken me?”
Here is the thing. As we progress on our journeys of faith with God, sometimes God seems to be absent especially if we have experienced moments of joy, comfort or great consolation with God. Experiencing the presence of God with us is like fueling our deepest desire, and of course, all we want is more, more of the amazing God feeling. So God, in God’s wisdom steps back, inviting us into deeper, more faithful relationship with God, a relationship that does not depend on signs,  miracles, good feelings or even rescue from suffering or death.
We share this story that we call life with Jesus. Woven throughout our stories there are paragraphs called suffering and others called death because our lives are punctuated  with all kinds of suffering and who knows how many deaths; deaths of our self image, ego, ideals, youth, dreams, deaths of our pets and loved ones, death of the way things used to be, until our physical death.
There is no superhero God who is going to break into space and save us from suffering and death. But the good news is,  Jesus shows us the way to navigate these paragraphs with grace and equanimity. Rather than praying for divine rescue or miraculous cure we look to the presence of God who is faithfully with us, no matter what because God is faithful.
The curtain that separated the divine from the human has been torn for ever. As the apostle Paul wrote to the Christians in Rome, “For I am convinced that neither death, nor life, nor angels, nor rulers, nor things present, nor things to come, nor powers, nor height, nor depth, nor anything else in all creation, will be able to separate us from the love of God…” (Ro 8.38-39) God is faithful, no matter what.
May your walk to Jerusalem be blessed this Holy Week and always.


If you found this post to be meaningful please share by clicking on icons below. Thank you.
Posted by Debra Asis at 9:12 AM No comments: