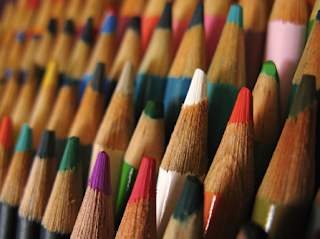 John 2:1-11        On the third day there was a wedding in Cana of Galilee, and the mother of Jesus was there. Jesus and his disciples had also been invited to the wedding. When the wine gave out, the mother of Jesus said to him, "They have no wine." And Jesus said to her, "Woman, what concern is that to you and to me? My hour has not yet come." His mother said to the servants, "Do whatever he tells you." Now standing there were six stone water jars for the Jewish rites of purification, each holding twenty or thirty gallons. Jesus said to them, "Fill the jars with water." And they filled them up to the brim. He said to them, "Now draw some out, and take it to the chief steward." So they took it. When the steward tasted the water that had become wine, and did not know where it came from (though the servants who had drawn the water knew), the steward called the bridegroom and said to him, "Everyone serves the good wine first, and then the inferior wine after the guests have become drunk. But you have kept the good wine until now." Jesus did this, the first of his signs, in Cana of Galilee, and revealed his glory; and his disciples believed in him.

Reflection         The man Jesus is extraordinary; he is empowered to do things not reasonably possible because he is led by the Spirit of God. And so his glory was revealed, “and his disciples began to believe.” Water, the ritual substance for the practice of Jewish purity rites was replaced with wine that we know will be the bloody substance of the cup of Jesus’ ultimate sacrifice of his life; the sacrifice he consciously made rather than deny his true identity in relationship with God.  Water - wine, ordinary man - Son of God. What is common is also extraordinary.

What if we believed that our ordinary selves are also extraordinary? What if we believed that all people are daughters and sons of God? Might we be compelled to live in imitation of Jesus full of mercy and compassion, willing to give our lives away for the good of others? Might we live without fear, free from the bondage of those who would claim not everyone is welcome to participate fully in the ministry and sacraments of God’s body, the Church?

Which begs the question. Do we believe in (give priority to) human composed doctrine, i.e. the traditional doctrine of the church that upholds marriage as between a man and a woman? Or, do we choose to live fearlessly in imitation of Jesus who reveals Divine presence in and of, with and for all people, without exception? Do we believe we are One Body with many members as Paul writes to the Corinthians?

Our Presiding Bishop Michael Curry writes, “We are the Episcopal Church, and we are part of the Jesus Movement, and that Movement goes on, and our work goes on. And the truth is, it may be part of our vocation to help the Communion and to help many others to grow in a direction where we can realize and live the love that God has for all of us, and we can one day be a Church and a Communion where all of God’s children are fully welcomed, where this is truly a house of prayer for all people. And maybe it’s a part of our vocation to help that to happen.”* Following Jesus is not about believing doctrine. Following Jesus is about action; action in accord with God’s economy where diversity is blessing and uniformity is condemnation.

If you found this post to be meaningful please share by clicking on icons below. Thank you.
Posted by Debra Asis at 7:52 AM No comments: