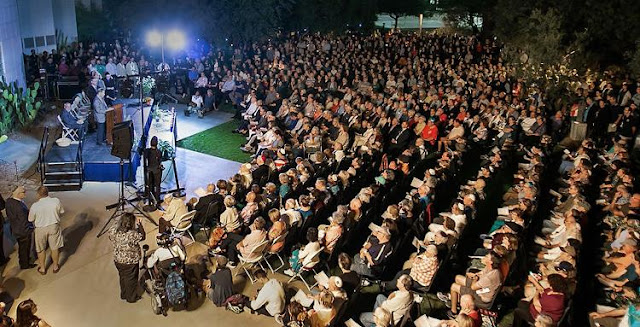 John 11:32-44        When Mary came where Jesus was and saw him, she knelt at his feet and said to him, "Lord, if you had been here, my brother would not have died." When Jesus saw her weeping, and the Jews who came with her also weeping, he was greatly disturbed in spirit and deeply moved. He said, "Where have you laid him?" They said to him, "Lord, come and see." Jesus began to weep. So the Jews said, "See how he loved him!" But some of them said, "Could not he who opened the eyes of the blind man have kept this man from dying?”

Then Jesus, again greatly disturbed, came to the tomb. It was a cave, and a stone was lying against it. Jesus said, "Take away the stone." Martha, the sister of the dead man, said to him, "Lord, already there is a stench because he has been dead four days." Jesus said to her, "Did I not tell you that if you believed, you would see the glory of God?" So they took away the stone. And Jesus looked upward and said, "Father, I thank you for having heard me. I knew that you always hear me, but I have said this for the sake of the crowd standing here, so that they may believe that you sent me." When he had said this, he cried with a loud voice, "Lazarus, come out!" The dead man came out, his hands and feet bound with strips of cloth, and his face wrapped in a cloth. Jesus said to them, "Unbind him, and let him go.”

Reflection        In the company of several parishioners and twelve hundred broken-hearted Tucsonians, I had the privilege of attending the Monday evening Prayer Vigil at the Jewish Community Center to remember the people murdered in the Pittsburg Synagogue. There we all were, Jews, Muslims, Sikhs, Protestants, Buddhists, Catholics, Atheists, and none of the above.  We were every color and every age, we were refugees and immigrants, women, men and children, each one and all of us suffering at the hand of hatred  dealt by the unconscionable racist belief that white people are superior to people of other races or ethnicity and therefore are entitled to social, political and institutional domination over others.

It is right and good that we should come together in the wake of tragedy and loss to weep and wait and watch for a glimmer of light to pierce the darkness. It is right and good that we should be greatly disturbed in Spirit and deeply moved because there, in the depths of our darkness, we find God, we find God weeping with us. And so we each carry a flickering candle as a testament to love in the face of hatred, as a commitment to hospitality in the face of hostility.

We cry out together, “O God, if love is indeed stronger than hate, where are you in all of this? If you were here, they would not have died.” And even as the words slip from our tongues we let our eyes dance across the sea of mourners and we see the glimmer of light in the darkness. Yes, there is God, there is God in every face. There is God, weeping with us.

Tucson’s Mayor Rothschild implored the community of the gathered to live the principles this country is founded on by voting and “recognizing the humanity in each other.” But as people of faith I believe we are called to an even greater commitment, to vote and to recognize both the humanity and the divinity in each other. We are utterly vulnerable expressions of the unspeakably exquisite divine. We are born of the star dust that is from before beginningless time and is for ever. We are One, One infinitely diverse expression of Divine creativity. We depend on one another the way light depends on darkness and dry land depends on the sea.

Where bigotry, racism, mysogyny or any form of hatred prevails we are as good as dead. Our hands and feet are bound with grave cloths, our hearts are hindered by the weight of a stone. We are not free. Violence and hatred directed against one of us is violence and hatred directed against all of us. Hate speech and gun violence are a misuse of human rights. We do not have the right to harm one another. In fact, when harming another we are harming ourselves.

We believe that love is stronger than death and that nothing can separate us from the love of God, not even death. Thus the stone is rolled away from our hearts and we are free to see the glory of God reflected in the tears of the countless people gathered in Tucson and across the globe weeping for the tragic deaths of Joyce, Richard, Rose, Jerry, Cecil, David, Sylvan, Bernice, Daniel, Melvin and Irving. May they be a blessing.