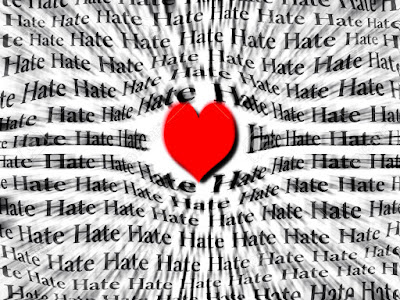 Luke 9:51-62        When the days drew near for Jesus to be taken up, he set his face to go to Jerusalem. And he sent messengers ahead of him. On their way they entered a village of the Samaritans to make ready for him; but they did not receive him, because his face was set toward Jerusalem. When his disciples James and John saw it, they said, "Lord, do you want us to command fire to come down from heaven and consume them?" But he turned and rebuked them. Then they went on to another village.

Reflection        The Way of following Jesus to Jerusalem, the City of Peace, is opposite humanity’s impulsive inclination to react, get exercised, blame and exact revenge. The Way of Jesus is unswerving determination to proclaim the Kingdom of God’s peace for all in the face of human weakness, frustration, violence and tragedy. The Way of following Jesus to Jerusalem demands a peaceful response even, and perhaps especially, when we feel invaded, imperiled or insecure. I believe that is what the writer of Luke’s gospel means when he writes, “Jesus set his face to go to Jerusalem.” The idiom, ‘set your face’  means being determined to do something despite forces to the contrary.

Jesus has “set his face toward Jerusalem.” He is single- minded and determined. Nothing will distract him from fulfilling his purpose – from fulfilling God’s purpose to be the living breathing revelation of peace on earth, to reveal to people then and now exactly what peace looks like… and what it will cost.

Which brings to mind that fateful day in October of 2006 in Nickel Mines, PA, when a man burst into a one room school house, shot eight Amish girls, killing five, then killed himself. Since then we have suffered many scenes of senseless violence. But the situation in Nickel Mines is singular because of the way the families responded. Rather than react with outrage and blame, claim social, political or religious persecution, and seek retaliation, the Amish families went to the killer’s burial service and offered forgiveness and hugs to the killer’s grieving family.

Even though the family’s of the dead girls were brokenhearted, they choose to express forgiveness and peace rather than blame and retaliation and in so doing touched the hearts of people around the world, even then years later. This is the image of transforming  peace revealed in the midst of violence and tragedy. This is The Way to Jerusalem, the City of Peace.

Which lands us in front of a very large mirror asking, “How are we individually and collectively living the peaceful way of Jesus? What ideas or beliefs are we clinging to that stand in the way of being the revelation of peace right now? How does our desire for safety and security prevent us from being peace in the world? Are we willing to change even those things that are as fundamental to us as our comfort, personal boundaries and rights, public borders, family units and identities to  propagate peace and a place for all people?

Posted by Debra Asis at 2:47 PM No comments: