Text from the Acts of the Apostles 29 January 2017 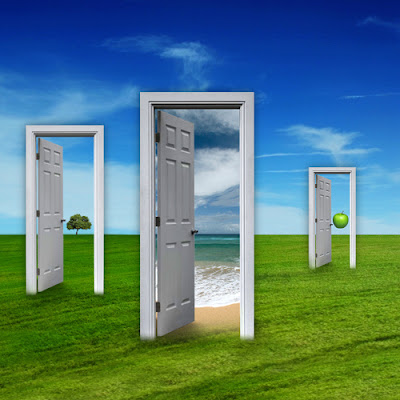 Acts 26:9-21 Paul said to King Agrippa, "Indeed, I myself was convinced that I ought to do many things against the name of Jesus of Nazareth. And that is what I did in Jerusalem; with authority received from the chief priests, I not only locked up many of the saints in prison, but I also cast my vote against them when they were being condemned to death. By punishing them often in all the synagogues I tried to force them to blaspheme; and since I was so furiously enraged at them, I pursued them even to foreign cities.

"With this in mind, I was traveling to Damascus with the authority and commission of the chief priests, when at midday along the road, your Excellency, I saw a light from heaven, brighter than the sun, shining around me and my companions. When we had all fallen to the ground, I heard a voice saying to me in the Hebrew language, `Saul, Saul, why are you persecuting me? It hurts you to kick against the goads.' I asked, `Who are you, Lord?' The Lord answered, `I am Jesus whom you are persecuting. But get up and stand on your feet; for I have appeared to you for this purpose, to appoint you to serve and testify to the things in which you have seen me and to those in which I will appear to you. I will rescue you from your people and from the Gentiles-- to whom I am sending you to open their eyes so that they may turn from darkness to light and from the power of Satan to God, so that they may receive forgiveness of sins and a place among those who are sanctified by faith in me.’

"After that, King Agrippa, I was not disobedient to the heavenly vision, but declared first to those in Damascus, then in Jerusalem and throughout the countryside of Judea, and also to the Gentiles, that they should repent and turn to God and do deeds consistent with repentance. For this reason the Jews seized me in the temple and tried to kill me."

Reflection     When I hear the story of Saul’s conversion I believe the Spirit of God must have been working overtime within Saul to transform his consciousness until for some incomprehensible reason he reached the tipping point, the asymptote, and the tumblers of the lock fell open as did the eyes of his heart.

Because I believe the Spirit of God is with all people at all times, I believe that even in the midst of Saul’s murderous campaign the Spirit of God must have been winding him up, must have been goading and prodding and stirring him to wonder, “What is it with these Jesus people? Why are they willing to die rather than renounce their dead and disappeared leader? Why do they risk their lives to get together to remember him and tell his stories? Why do they share everything they have? How is it they are so peaceful even when we terrorize, entrap and kill them? What is it about this Jesus that has such a hold on them?”

Here is the thing. Saul did not become someone else that day on the road to Damascus. The clue is in the voice Saul hears speaking in the language of his true self saying, ”Saul, Saul, why are you persecuting me? It hurts you to kick against the goads.” Saul’s inherent trues self, the Spirit of God with him, was goading him, pricking him, encouraging him to pay attention to what he saw and heard and felt in the presence of the disciples. The Spirit of God with Saul was goading him to stop denying his true self by persecuting the followers of Jesus.

The irony is,  Saul’s inherent capacity for conviction, passion and action, the qualities that made him an exemplary Roman soldier are the same qualities that when channeled through a different understanding of reality made him one of the most effective early apostles spreading Jesus’ message of peace and dignity for all people throughout Asia Minor and Europe.  By channeling the same conviction, passion and action that sought to exterminate the Jesus movement through a different understanding of reality, Saul forever transformed the human experience, founding the first churches and writing letters we still read to counsel and encourage Jesus’ revolutionary first century peace and justice movement.

As we wake up at the dawning of the twenty-first century and realize there are more than a few versions of reality, can we feel the Spirit of God winding us up, goading and prodding, provoking and inciting tears, fears, anger and exasperation? Can we hear the Spirit of God calling us by name, “Debra, Jon, Linda, George, Carol, Frank, Henry, Morgan, (fill in your name), why are you persecuting me? Why are you hurting yourself by refusing to acknowledge my goading and prodding to stand on your feet and embody the version of reality that claims all people, regardless of race, ethnicity, gender, sexual orientation, social or financial status, political or religious affiliation or lack thereof, all people are welcome and deserve dignity and justice?"