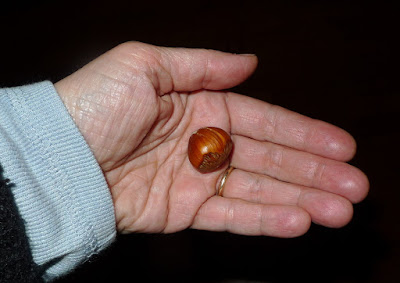 John 14:1-14        Jesus said, “Do not let your hearts be troubled. Believe in God, believe also in me. In my Father’s house there are many dwelling places. If it were not so, would I have told you that I go to prepare a place for you? And if I go and prepare a place for you, I will come again and will take you to myself, so that where I am, there you may be also. And you know the way to the place where I am going.” Thomas said to him, “Lord, we do not know where you are going. How can we know the way?” Jesus said to him, “I am the way, and the truth, and the life. No one comes to the Father except through me. If you know me, you will know my Father also. From now on you do know him and have seen him.”

Philip said to him, “Lord, show us the Father, and we will be satisfied.” Jesus said to him, “Have I been with you all this time, Philip, and you still do not know me? Whoever has seen me has seen the Father. How can you say, ‘Show us the Father’? Do you not believe that I am in the Father and the Father is in me? The words that I say to you I do not speak on my own; but the Father who dwells in me does his works. Believe me that I am in the Father and the Father is in me; but if you do not, then believe me because of the works themselves. Very truly, I tell you, the one who believes in me will also do the works that I do and, in fact, will do greater works than these, because I am going to the Father. I will do whatever you ask in my name, so that the Father may be glorified in the Son. If in my name you ask me for anything, I will do it.”

Reflection       Out of the context of the rest of what Jesus is explaining to Thomas, the words “I am the way and the truth and the life,” have been construed to conscript Jews, Muslims, atheists and nones  to the outer realms of darkness.  They are also used to leave behind Christians who do not subscribe to Biblical inerrancy and claim belief in Jesus as the only way to salvation.  The implications for those of us who reject the idea of certainty and uphold the value of all faith traditions are grim.

The confusion begins when Jesus tries to answer Thomas’ question, “Lord, we do not know where you are going, how can we know the way?” Thomas is asking Jesus how he, Thomas, can find the way into divine  relationship, relationship with God the Father. Thomas is not asking on behalf of all Jews or Gentiles or all people on earth. Thomas, who already knows Jesus, is personally asking Jesus, “How can I be in relationship with the Father, transcendent divinity,  after you, immanent divinity, have gone away?”

Once we put Jesus’ response to Thomas’ question in context we can no longer construe Jesus’s words, “I am the way and the truth and the life,” as an exclusionary statement delineating the one true faith or church or way. Jesus is not making a universal truth statement. He is not  speaking in general to Gentiles or others who do not know him. He is speaking to a follower and friend. Think of it this way. Do we use the same manner of speech with close friends, parters or our children as we do with acquaintances, colleagues or strangers?

Jesus is telling Thomas and those of us who choose to follow him, if we recognize truth as revealed through his teaching and his actions, in other words, if we recognize the Word God spoken and embodied through Jesus’ life and ministry, then we have already known and seen transcendent Father God with us. The transcendent and immanent are known in relationship to one another. Truth is revealed in relationship, in community and in context. This is a both-and way of being.

For an interesting read on Transcendence and Immanence from a Buddhist perspective go to http://www.huffingtonpost.com/david-loy/transcendence-or-immanence-balancing-heaven-and-earth_b_3166015.html