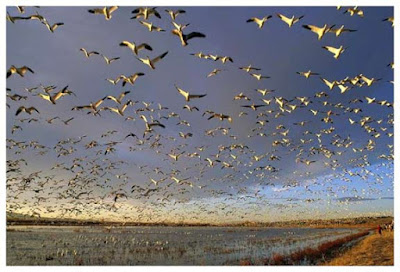 Reflection       During the course of most of our lifetimes we stumble across varied images of God. God the old man, the heavenly boss, the judge, the cop or cosmic bell-hop. God the distant, absent, present. God the killjoy, God the puppeteer. God the friend, God the forgotten, God the healer, God the hope. God the unreliable or impersonal director. God just waiting to drop the other shoe or waiting to scoop us out of disaster. With time and experience we may come to know God as teacher or guide only to discover that even those images are not sufficient to convey our experience of God. What then? What are we to make of God that refuses to be constrained by a singular image to the exclusion of all others?

The theological  response to our quandary is this, God the Trinity, the Three in One. Since the fourth century C.E.  the image of Trinity is generally accepted as a way to understand the presence and action of God in the world.  The image of One God in Three Persons, the Father, the Son and the Holy Spirit; or, Transcendent, Immanent and Spiritual Presence,  is the central image of God in Christianity.  However, for many, the concept of Trinity stirs up confusion rather than understanding. It did for me until one November evening when witnessing the return of the sandhill cranes to El Bosque del Apache in New Mexico.

A kind of hush susshes the crowd as the first trilled ‘r’ of the trumpeting cranes echoes in the distant skies. All eyes are turned in the same direction to catch the premiere glimpse of the wintering cranes returning to the Rio Grande wetlands. Much as an approaching train a screaming grey cloud of thousands of corpulent cranes glaze the sunset then settle a mere stone’s throw from our feet. It takes a few minutes to realize that every single one of the pointed billed, red headed creatures is  standing wing to wing and facing the same direction. After feeding all day in nearby fields this mass of ten thousand exquisite creatures whose wings span five to seven feet  have pulled themselves in and reunited for the night. In the dimming light they stand as one body, calling the night out from heaven.

In this glorious spectacle I experienced of God not bound by images; the One as many and the many as One, the Trinity. Each of the ten thousand cranes a unique and significant individual standing in its place amidst the other cranes and at the same the single body of cranes, united and turned in the same direction.

Email ThisBlogThis!Share to TwitterShare to FacebookShare to Pinterest
Labels: Bosque del Apache, John 16:12-15, many are one, One is Many, return of the cranes, sandhill cranes, trinity
Newer Posts Older Posts Home
Subscribe to: Posts (Atom)