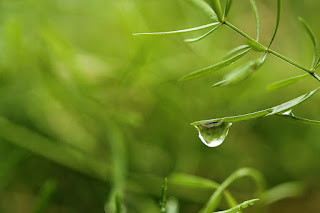 Acts 9:1-20        Saul,  still breathing threats and murder against the disciples of the  Lord, went to the high priest and asked him for letters to the synagogues at Damascus, so that if he found any who belonged to the Way, men or women, he might bring them bound to Jerusalem. Now as he was going along and approaching Damascus, suddenly a light from heaven flashed around him. He fell to the ground and heard a voice saying to him, "Saul, Saul, why do you persecute me?" He asked, "Who are you, Lord?" The reply came, "I am Jesus, whom you are persecuting. But get up and enter the city, and you will be told what you are to do.”

The men who were traveling with him stood speechless because they heard the voice but saw no one. Saul got up from the ground, and though his eyes were open, he could see nothing; so they led him by the hand and brought him into Damascus. For three days he was without sight, and neither ate nor drank.

Now there was a disciple in Damascus named Ananias. The Lord said to him in a vision, "Ananias." He answered, "Here I am, Lord." The Lord said to him, "Get up and go to the street called Straight, and at the house of Judas look for a man of Tarsus named Saul. At this moment he is praying, and he has seen in a vision a man named Ananias come in and lay his hands on him so that he might regain his sight." But Ananias answered, "Lord, I have heard from many about this man, how much evil he has done to your saints in Jerusalem; and here he has authority from the chief priests to bind all who invoke your name." But the Lord said to him, "Go, for he is an instrument whom I have chosen to bring my name before Gentiles and kings and before the people of Israel; I myself will show him how much he must suffer for the sake of my name." So Ananias went and entered the house. He laid his hands on Saul and said, "Brother Saul, the Lord Jesus, who appeared to you on your way here, has sent me so that you may regain your sight and be filled with the Holy Spirit." And immediately something like scales fell from his eyes, and his sight was restored. Then he got up and was baptized, and after taking some food, he regained his strength.
For several days he was with the disciples in Damascus, and immediately he began to proclaim Jesus in the synagogues, saying, "He is the Son of God.”

Reflection       Several “I found God… or God found me” cards could be written from this scripture in the Acts of the Apostles.  Saul might write, “I was going about state business, on my way to Damascus to round up annoying subversives who are following the Way of that agitator Jesus when out of nowhere the most bizarre thing happened. It was like a flash of light, it blinded me. I fell to the ground and heard a voice, "Saul, Saul, why do you persecute me?" When I asked, "Who are you, Lord?”I heard, ”I am Jesus, whom you are persecuting. But get up and enter the city, and you will be told what you are to do.” My life has never been the same.”

Then we turn over Ananais’ God card and read, “God called to me in a vision and I answered, “Here I am,” then God instructed me to go to that evil-doer Saul of Tarsus who has been beating and binding, even killing good people who follow The Way of Jesus. It was really hard for me to go. I was afraid and did not want to have anything to do with that tyrant, but, I decided to put my faith in God and felt surprisingly strengthened and encouraged, so I went, laid my hands on Saul, who had been struck blind. His sight was restored and he was filled with the Holy Spirit. Amazing. I never would have imagined that evil Saul would turn away from murdering our people and receive baptism into the family of God.”

Saul starts out as a faithless man whose actions are taking him further and further away from God, ”breathing threats and murder against the followers of The Way.”  And so God dramatically breaks into Saul’s rabid consciousness by striking him down, overwhelming him and rendering him helpless, like lightening striking a tall pine tree.

By contrast, Ananais, a disciple of Jesus whose actions draw him ever closer to God,  has a vision, a quiet, interior experience in which he is called by God. Ananias hears his name and responds, “Here I am Lord” and proceeds, not without trepidation, to act in accord with God’s instruction. With Ananias the Spirit of God enters his consciousness gently, like a droplet of water dropped falling onto a sponge.

St. Ignatius of Loyola, founder of the Society of Jesus whose Spiritual Exercises are the heart of Jesuit spirituality, encourages us to find God in all things and  teaches the discernment of spirits to help us understand the way the Spirit of God moves within us. For a person who is moving further and further away from God, the  Good Spirt of God breaks in either by stingng our conscience with pangs of guilt and waves of anxiety or dramatically upsetting our consciousness. The latter is what happens with Saul who has been going from bad to worse, persecuting God and followers of God.

For people like Ananias who earnestly seek to be in right relationship with God and other people, the Spirit of God operates in the opposite fashion; by subtly giving insight, courage, strength to act on behalf of God for the good of others.

Back to our story. As soon as Saul stops “breathing threats and murder” against God, the Spirit of God proceeds more gently through Ananais’ healing touch, restoring Saul’s sight and then baptizing him. Saul  is filled with the Holy Spirit. Once Saul turns toward God, he experiences God’s presence more like water dropped onto a sponge than lightening striking a tree.

Most of us, most of the time, are oriented toward God, which means, the Spirit of God will arise in our consciousness in subtle, nuanced ways. Only rarely do we experience lightening bolts, unless of course, we are not paying attention or we are wandering away from God.

How have you experienced the Spirit of God moving in your life? Gently? Overwhelmingly?