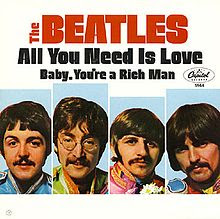 Matthew 22:1-14        Once more Jesus spoke to the people in parables, saying: “The kingdom of heaven may be compared to a king who gave a wedding banquet for his son. He sent his slaves to call those who had been invited to the wedding banquet, but they would not come. Again he sent other slaves, saying, ‘Tell those who have been invited: Look, I have prepared my dinner, my oxen and my fat calves have been slaughtered, and everything is ready; come to the wedding banquet.’ But they made light of it and went away, one to his farm, another to his business, while the rest seized his slaves, mistreated them, and killed them. The king was enraged. He sent his troops, destroyed those murderers, and burned their city. Then he said to his slaves, ‘The wedding is ready, but those invited were not worthy. Go therefore into the main streets, and invite everyone you find to the wedding banquet.’ Those slaves went out into the streets and gathered all whom they found, both good and bad; so the wedding hall was filled with guests.

“But when the king came in to see the guests, he noticed a man there who was not wearing a wedding robe, and he said to him, ‘Friend, how did you get in here without a wedding robe?’ And he was speechless. Then the king said to the attendants, ‘Bind him hand and foot, and throw him into the outer darkness, where there will be weeping and gnashing of teeth.’ For many are called, but few are chosen.

This, I believe, marks a pivotal moment in our religious tradition and the evolution of human consciousness. Until this moment only people identified as the descendants of Israel were invited to the wedding banquet, to be in intimate relationship with God. They were the in group, the chosen ones. Being a tribe, their primary concern was belonging. In order to belong  individuals conform their thinking, values and behavior to a group with whom they share kinship, racial, cultural, behavioral or religious traditions. Tribes nurture an “us versus  them” state of consciousness  that fosters tribal or ethnic identity. We experience tribal identity today when individuals define themselves in terms of distinctive social, political, religious, racial or sexual affiliations; the 1%, the 99, the left behind, racists, sexists, agists, republicans, democrats, conservatives, progressives, foreigners, patriots … any group identity.

But Jesus has the king invite everyone to the banquet without regard to tribe or ethnic affiliation. With the sword of his tongue Jesus slashes the historical norm of tribal or racial purity.  From this moment on all people are invited to participate in the kingdom of heaven on earth.

Jesus is crystal clear. The evolution from tribal consciousness to an inclusive world centric perspective is not a move from law and order to anarchy, from absolute truth to the absence of truth. All that was right and good and true in the tribal traditions is carried forward in the evolution of human consciousness. This is why the king calls the guest friend when he asks, “‘Friend, how did you get in here without a wedding robe?’  Everyone is a friend of the kingdom of heaven AND there is an expectation that they be prepared to live in committed relationship with God, to wear the wedding robe.

Love is the common ground, the great equalizer that transcends and includes every tribe, people and nation. Love moves us from tribal to world centric consciousness, and leaves no one behind. When we accept the invitation to the wedding banquet we must be prepared to be married to all people, to love as God loves, across the social, political, religious, racial and sexual boundaries. When we accept God’s invitation to the kingdom of heaven on earth we must be ready to wear the wedding robe of love for all.