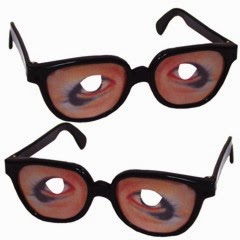 Matthew 1:18-25        Now the birth of Jesus the Messiah took place in this way. When his mother Mary had been engaged to Joseph, but before they lived together, she was found to be with child from the Holy Spirit. Her husband Joseph, being a righteous man and unwilling to expose her to public disgrace, planned to dismiss her quietly. But just when he had resolved to do this, an angel of the Lord appeared to him in a dream and said, "Joseph, son of David, do not be afraid to take Mary as your wife, for the child conceived in her is from the Holy Spirit. She will bear a son, and you are to name him Jesus, for he will save his people from their sins." All this took place to fulfill what had been spoken by the Lord through the prophet
"Look, the virgin shall conceive and bear a son,
and they shall name him Emmanuel,"
which means, "God is with us." When Joseph awoke from sleep, he did as the angel of the Lord commanded him; he took her as his wife, but had no marital relations with her until she had borne a son; and he named him Jesus.
Reflection             Joseph had two pair of glasses. When he looked at the world  and his situation through one pair of glasses he confronted the complex structure of social custom and law. Through this lens Joseph saw Mary, the woman to whom he was betrothed and with whom he had not had sexual relations as pregnant, in breach of their personal and social contract. Whether she had been raped or had consented to sex with another man, Joseph was not the father of Mary’s child and Joseph was justified by law and custom to divorce Mary which would incite shame and shuning for Mary and her family.  Let’s call these the glasses of justification. Joseph was wearing this pair of glasses when he decided to quietly dismiss Mary, then turned in for the night and went to sleep.
Joseph must have changed his glasses as he fell asleep that night because he had a dream in which he recognized that there was another lens through which to look at his situation. It was the spiritual lens, the lens that enabled him to recognize God present in his dream, and “know” in a deep, personal and unequivocal way “God is with us, (with me)” Emmanuel. Through his second pair of glasses Joseph saw beyond the personal, social and legal perspectives of his situation to the spiritual. The ill-bred child in Mary’s womb was not a blasphemy or degradation. The child in Mary’s womb was a gift of Divine Presence; it was godly, to be honored and praised.
Then Joseph “awoke from sleep,” which is bible-speak for becoming conscious of the divine perspective and acting on it.  Joseph took Mary to be his wife and followed the instructions he received in his dream.You see, recognizing “God is with us” without changing our behavior to receive Divine Presence and allow it to come to life within us is like dying of thrist while looking at a spring of cool fresh water but refusing to kneel, cup our hands and be refreshed.
Often I am tempted to action while wearing the glasses of justification; tempted to dismiss a person or situation that has complicated my life and quietly move on. But true life in the Spirit comes  for me when I put on the glasses of the spiritual perspective and allow myself to "see" and be changed by the nuances of Divine Presence, even and perhaps especially in the messy moments of ordinary life.
If you found this post interesting or evocative, please share it with your friends by clicking on the icons below.
Posted by Debra Asis at 9:17 AM No comments: