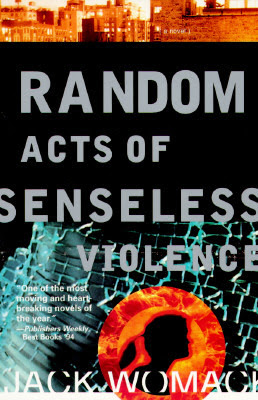 Job 1:1; 2:1-10        There was once a man in the land of Uz whose name was Job. That man was blameless and upright, one who feared God and turned away from evil. One day the heavenly beings came to present themselves before the LORD, and Satan also came among them to present himself before the LORD. The LORD said to Satan, "Where have you come from?" Satan answered the LORD, "From going to and fro on the earth, and from walking up and down on it." The LORD said to Satan, "Have you considered my servant Job? There is no one like him on the earth, a blameless and upright man who fears God and turns away from evil. He still persists in his integrity, although you incited me against him, to destroy him for no reason." Then Satan answered the LORD, "Skin for skin! All that people have they will give to save their lives. But stretch out your hand now and touch his bone and his flesh, and he will curse you to your face." The LORD said to Satan, "Very well, he is in your power; only spare his life.”

So Satan went out from the presence of the LORD, and inflicted loathsome sores on Job from the sole of his foot to the crown of his head. Job took a potsherd with which to scrape himself, and sat among the ashes. Then his wife said to him, "Do you still persist in your integrity? Curse God, and die." But he said to her, "You speak as any foolish woman would speak. Shall we receive the good at the hand of God, and not receive the bad?" In all this Job did not sin with his lips.

Reflection      Why do bad things happen to good people? Why do good things happen to bad people? This question looms large among us as yet again we are confronted with the senseless violence expressed in the shooting of innocent people in Oregon on Thursday morning.

The story of Job begins with a wager between God and the satan. Apparently God has a lot of faith in Job because God is essentially betting on Job’s faithfulness. God is betting that nothing the satan can do, that none of the circumstance that are part of every life on earth will be sufficient to turn Job away from God.

According to God Job was a good and faithful man. He was the richest man around. He owned lots of property, animals and businesses that not only supported his family of ten children and a wife, but also employed lots of people. He was well respected in the community, The people loved him because he treated them fairly and was generous and just.

Nonetheless, Job's crops began to fail and his livestock died. He lost his property and businesses and with that, lost his status in the community. And if that was not enough, one at a time his ten children died, and then his wife. Suffering loss upon loss, Job then contracted an excruciating disease, boils all over his body, making him unclean and fit only to sit on the ashes in the dump. Life does not get much worse than that.

Through all of this, Job never stopped calling out to God, demanding that God listen to him. Job pled his case of innocence… “I do not deserve this,” even when so called friends came to taunt him, “Surely you did something to cause all of this harm to befall you.” Job never lost faith in his own goodness and worth and never stopped calling out to God.  Which is to say, Job never lost faith in God's faithfulness.

At the end of the day God was right to bet on Job’s faithfulness. You see, that is what faith is. Faith is stronger than any circumstance; loss of property or business, death of children or spouse, even sickness and living in pain and squalor. Faith is stronger than all of that. Faith is like a two edged sword that cuts through all that is impermanent to that which is permanent - God’s faithfulness to humankind.

If you found this post to be meaningful, please share by clicking on the icons below. Thank you.
Posted by Debra Asis at 9:15 AM No comments: